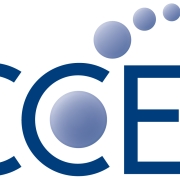 Oberhausen, Germany and Montreal, Canada, April 14, 2021 – ACCESS Europe GmbH today announced that it has partnered with Stingray Group Inc. (TSX: RAY.A; RAY.B), a leading music, media and technology company, to bring streamed music services to the car for the US and Canadian markets initially.

Through this partnership, ACCESS Europe will make Stingray’s extensive choice of local and global content available in the car through its In-Vehicle Infotainment (IVI) platform, ACCESS Twine™ for Car 3.0 (Twine4Car) and its car-centric App Store. 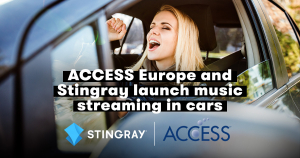 “Radio has long been the go-to entertainment option for drivers because of its ease of use and ability to provide locally relevant programming,” said Dr. Neale Foster, CEO at ACCESS Europe. “As we enter the era of the connected car, the automotive industry has a fantastic opportunity to build on these principles and create new streaming user experiences and data-driven ongoing long-term relationships with its customers.”

“Stingray is committed to delivering new entertainment platforms for music fans wherever they are,” said Eric Boyko, President, Co-founder, and CEO of Stingray. “The car marks the next major frontier for streaming services, and we’re excited to integrate our platform with thousands of hours of content, anywhere and anytime, through Twine4Car.”

Stingray has over 400 million subscribers in 160 countries. Its multiplatform offerings include an extensive list of audio channels and video, featuring over 100 global radio stations, TV channels and premium SVOD services. The partnership also includes Stingray’s popular Karaoke service, which is used by over 60 million TV households. With over 15,000 songs to choose from,music legends, chart-toppers, and Disney classics.

Twine4Car spans the gap between the automotive and the content industries by making content available from a number of media partners and a wide range of apps, TV services and VOD offerings for a multitude of markets, saving OEMs from the headaches of negotiating complicated rights-deals. It enables OEMs to create a fully branded user interface that acts as a central hub for all in-vehicle services, while allowing OEMs to build new, post-sales relationships with car users.

“The era of the connected car is coming, and streamed content will be the centrepiece of a new in-car experience. Twine4Car enables OEMs to gain a strategic advantage and get ahead of the curve when it comes to forging new customer relationships,” concluded Foster.