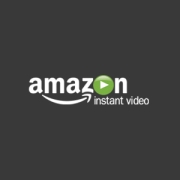 As Amazon grew through the dot.com boom and beyond, the company realised it was creating unique IP with large amounts of computing and data centre infrastructure behind it. There was a huge opportunity to launch a collection of remote computing services over a cloud based platform and provide other businesses with cheaper and faster options to store large amounts of data.

Amazon Web Services (AWS) was launched in 2007 and perhaps the most intriguing aspect of AWS is its potential to make Amazon a major player in the TV Everywhere space, especially if recent industry speculation regarding the possible release of an Amazon OTT STB and Kindle Smartphone is to be believed.

What has Amazon got to expand its video business on?

Amazon’s moves into the video market are geared towards plugging more credit cards into their eco-system and they have strong architecture on which to build its video offering, including:

Amazon has the ability to launch any would be OTT service quickly and effectively thanks to its AWS, which already enables huge operators like Netflix to quickly deploy thousands of servers and terabytes of storage within minutes.

AWS has been described as “an extraordinary thought leader, extraordinarily innovative, exceptionally agile and very responsive to the market” by the Gartner report which ranks public cloud vendors. It has many features and services, many of which will ensure its growing TV and video demands are easily handled.

The Future of the Amazon eco-system

The importance of the video market is obvious – a recent Digital TV research report suggests that 520 million homes in 40 countries will watch online TV and video by 2018, up from 182 million in 2010 – a colossal jump.

If Amazon adds an OTT STB as well as a smartphone to its Kindle offerings, it will effectively have a fully functioning TV Everywhere ecosystem. Amazon is a global name and has the infrastructure in place to make it possible to become a major TV Everywhere player upon the launch of these products.

The Kindle fire was the more cost savvy rival to the iPad and if these new devices offer the same value for money, whilst also offering airplay-like functionality across devices, Amazon could provide a much cheaper alternative to Apple.