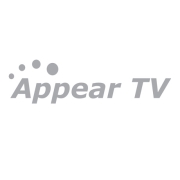 Oslo, Norway – 19 May, 2014 – Appear TV, a leading global provider of next-generation Video Processing Platforms for broadcast and IP networks, today announced that it’s been chosen to provide additional TV reception and distribution systems for Formula One circuits around the world. Deployments this year will take place at Austria’s Red Bull Ring Spielberg and Thailand’s Buriram circuit, which is set to host its first Formula One race in 2015. Appear TV has also renewed deals for Formula One video distribution services at Bahrain circuits.

Appear TV has been providing TV reception and distribution systems for Formula One tracks for the past decade. Appear TV equipment can be found in Formula One circuits all over the world and are now set to deploy systems to these new circuits for the 2014 race calendar.

“We chose Appear TV as its cutting-edge technology provides the industry leading flexibility for signal processing, adaption and channel density for video distribution in a compact fully integrated solution, which is perfect for the delivery of TV services at F1 circuits around the globe,” said Ing. Willi Hambammer, CEO, BK-DAT Electronics e.U Austria.

At the heart of the Appear TV Formula One deployments is the new Appear TV XC 5000 Series video processing platform, providing a modular approach to systems. This is an integral part of the Appear TV design philosophy, which maximizes the technical functionality, customization options and overall flexibility. The Appear TV XC 5000 Series further supports robust Quality of Service (QoS) capability that combines up-rated hot-swappable dual power supplies and enhanced cooling with advanced N+1, N+M redundancy capability with enhanced statistical multiplexing and true multi-platform multicasting capabilities in a single open standard video processing platform. The system integrates all the relevant modules, which are managed by a single User Interface (UI), to offer the most efficient service to Appear TV’s customers.

Appear TV’s systems have been deployed by Ing.Witke GesmbH Vienna, who installed the equipment directly on the racetrack, enabling the control team to monitor the satellite programme and livecam during the race. This in turn helps journalists better comment on the action as it is broadcast. Ing. Witke GesmbH Vienna, BK-DAT Electronics e.U. Austria’s main distributor and partner, also provides technical assistance and expertise to integrate the systems in the leading world-class event.

“Formula One is all about technology, so it’s fitting that our best-in-class video head-ends solutions have been chosen to enable Formula One to broadcast TV services at its circuits,” said Carl Walter Holst, CEO, Appear TV. “The flexibility and compact design of our XC Series video processing platform design means that we can deploy technically sophisticated systems on-track to receive and transmit video that ensures journalists and race officials are kept up to date with the action both during and after the race in such a time critical fast moving environment.”