News
You are here: Home1 / News2 / Client News3 / Apps Pushing the Boundaries of the Music Scene 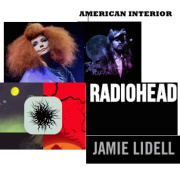 Smartphone apps have been a legitimate way for artists to distribute their music, and keep fans happy through the presentation of other material, an aspect that used to be confined to the inlay card of a CD or tape for those of us unfortunate to be old enough to remember.

Earlier this year, Radiohead premiered the PolyFauna app, born from what frontman Thom Yorke described as coming “from an interest in early computer-life experiments and the imagined creatures of our subconscious.” Ah, yeah, sounds cool, maannnn. The app is an extension of their last studio album – King Of Limbs – providing imagery and music from those sessions with new unreleased sessions coming out just last month via that very same app.

Super Furry Animals frontman, Gruff Rhys, probably came out with this year’s most ambitious project intertwining music and technology with a multimedia project called ‘American Interior’ blurring the boundaries between song writing, music, literature, film and technology to create a multi sensory experience telling the story of John Evans who travelled to America in 1792 to find out the truth about a supposed Welsh-speaking Native American tribe called the Madogwys. It was released as a 13-song album, a book, a documentary film and an app consisting of 100 mini stories telling Evan’s story.

Bjork’s ‘Biophilia’ is perhaps the best example of this relationship between music and apps. She collaborated with a team of graphic artists, composers and designers in order to integrate the app with her music, creating a new experience that provides a mutually enriching relationship. In June this year it became the first app to be included in New York’s Museum Of Modern Art

There are even some apps available from musicians enabling consumers to make their own music via their smartphone. Jamie Lidell’s iMaschine iPhone App allows users to create an entire performance with the simple click of a few buttons. Brian Eno is another artist who has released an app – Scape – enabling anyone with a smartphone to become a musician. The app enables the owner to create generative music with some of his own compositional tools and sounds.

Even the opera has embraced new technology with solutions that modernize the experience. Most notably one of Platform’s very own clients Civolution has integrated its Automatic Content Recognition (ACR) technology with the Vienna State Opera’s multilingual 2nd screen app for live performances distributed as Over-the-Top Television (OTT). It enables event specialists to offer a local version of the opera to the viewer’s screen by delivering synchronized translations of the lyrics in the viewer’s own language.

All these musicians utilizing apps and technology have made me think how different the artists of a bygone era would have been if they had smartphones. Blondie wouldn’t have bothered making Call Me if they had Viber. The Proclaimers might not have had to make empty promises of walking 500 miles if they could instead find cheap flights via the Sky Scanner app and maybe the Human League wouldn’t had to Open Their Heart if they had Tinder.