News
You are here: Home1 / News2 / Client News3 / Big Data transformation and analysis will unlock the future of TV, states... 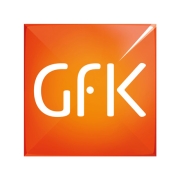 London, 31 March 2015 – The role of Big Data in the TV world is causing ripple effects around the industry. Companies are offering more subscription-based and registration services and collecting vast amounts of data about audiences and users. However most of the potential is still going unused.

These are some of the key findings in a new paper from GfK, the trusted source of relevant market research and consumer information. ‘Big Questions, Big Answers: Will harnessing smart data for audience analytics save the broadcast industry?’ explores the benefits of Big Data for broadcast and outlines the future it has for the TV industry. Key decision makers and executives from 14 media groups were interviewed, from companies that serve over 70 million subscribers and deliver content that reaches nearly a billion people every day.

“The potential offered by Big Data is immense. Currently, everybody is engaged in data experimentation and there is a lot to fight for,” said Niko Waesche, Global Lead of the Media and Entertainment Industry at GfK. “There are some key questions and challenges around the use of Big Data, especially within a rapidly evolving TV consumption model. Our latest paper looks at how Big Data is being used in the real world specifically in our industry, and where Big Data will be headed in years to come.”

Tom Weiss, CEO of Genius Digital, a partner company of GfK adds, “Capturing and acting on behavioral data requires different capabilities and analytics from a purely asset-based approach. Broadcasters and cable providers should assess their capabilities now if they seek to remain competitive.”

The GfK report ‘Big Questions, Big Answers: Will harnessing smart data for audience analytics save the broadcast industry?’ is available to download.