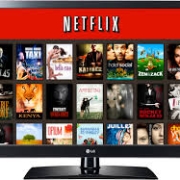 Having hopped on the Netflix bandwagon relatively late, it’s time for me to admit I too have been struck down with the pandemic sweeping the nation that is TV ‘binge viewing’. For the last two months, I’m pleased to say that I‘ve beaten the winter blues by going on a Breaking Bad bender. Stepping outside of a TV schedule made it so much easier to enjoy the story as whole, and I happily sank into marathons of viewings – ignoring the rest of the world and, for once, actually ignoring my phone, email, Twitter, and Facebook (except to hurriedly type “OMG. Breaking Bad!” to my fellow bingers).  Now, as I approach the final few episodes, panic is setting in. Like Walter White’s famous blue produce – binge viewing is incredibly addictive and I’m already planning my next hit. Orange Is The New Black? Dexter?

What’s gratifying is, binge viewing isn’t seen as a bad habit. Thanks to the TV landscape evolving, we’re no longer seen as couch potatoes mindlessly watching whatever we’re given for hours surrounded by junk food. And TV has definitely got better; catalogues of content have skyrocketed, and we can now pick whichever screen we choose to settle down in front of. Seeing as we have so much choice in terms of content– why shouldn’t we choose our viewing portions too? If a novel is too good to put down, a reader will devour it in one sitting. I’m dubious an individual would be frowned upon for staying up all night to read Tolstoy’s War and Peace. If we put intellectual snobbery aside, I’d like to think binge viewing is pretty much the same thing. In fact, I’m almost quite proud of my binge viewing abilities; it’s become somewhat of a competition between my friends and family as to who can race to the end of a series first. I’m secretly envious of those that have found the time (albeit they may have turned nocturnal) to always be one step ahead and episodes in front of the rest of us.

Today, we’re in an era where binge-viewing has become a business plan. The abundance of services, websites and platforms that dish up libraries of TV shows accessible to anyone with an Internet connection and a screen is growing steadily. It’s great that companies are tapping into our binging habits and bringing us back-to-back content of original programming. As for me, my next show has to be House Of Cards, which premiered on Netflix last year with the entire series available at once, meaning I’ll be ready to satisfy my binge addiction and wave goodbye to my weekend plans.

Grass Valley Introduces the Next Generation of its GV Director Live Production...
Scroll to top