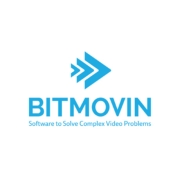 The Series B investment round was led by Highland Europe, with participation from existing investors Atomico,Constantia New Business,  Dawn Capital and YCombinator. This latest round brings the total investment in Bitmovin to $43 million. The company also has experienced Silicon Valley veterans as angel investors, including the former Cisco CTO Ed Kozel, as well as the former VP of Engineering of Netflix, the founder of Gaikai, the founder of Drupal, and the founder of Unity3D. Bitmovin is also an alumnus of YCombinator, the leading global start-up accelerator.

Bitmovin evolved out of the founders’ PhD research project and, in less than five years, has become a leader in next generation online video technology. The company has been at the forefront of all major developments in online video – from building the world’s first commercial adaptive streaming player to deploying the first containerised encoding service that runs on any cloud provider or in a data centre. Bitmovin’s founders co-created the MPEG-DASH video streaming standard that is used by Netflix and YouTube and delivers over 50 per cent of total internet traffic.

Bitmovin’s technology stack provides critical API building blocks for content publishers as video consumption moves away from cable and satellite TV towards online video consumed on any device, at any time. Cisco predict that 80% of total internet traffic will be comprised of video by 2021. Recent innovations include being the first to support theAV1 video compression standard (the new royalty-free codec backed by Apple, Facebook, Google, Microsoft and Samsung) and adding artificial intelligence to video encoding. This has resulted in industry-wide recognition for Bitmovin, including being selected as Best of NAB by Streaming Media magazine and regularly appearing in Streaming Media’s “Top 100 companies that matter most in online video.

“As the shift to streaming approaches a tipping-point and becomes the dominant format of consuming sports, news, movies and drama, Bitmovin is addressing an unprecedented market opportunity,” says Fergal Mullen, Partner at Highland Europe. “With video now critical to all social media platforms, as well as many more internet companies and increasingly corporates and educators, Stefan and his team are set to shape the future of video technology.”

“Our mission is to provide the infrastructure layer for all video on the internet, a market that combines traditional media customers as well as Internet companies transforming into video companies,” said Stefan Lederer, CEO and co-founder at Bitmovin. “In our view, every internet company is going to be a video company in the future, which is a huge opportunity for Bitmovin to be an integral part of the internet infrastructure.”

“Bitmovin allows us to iterate on our video technology faster than any other provider in the market. Its API is the most robust and developer friendly, and it offers a support model that allows our developers to work extremely closely together. It simply provides the best-in-class video technology that allows us to continue to deliver the highest-quality streaming service for our subscribers,” said Sung Ho Choi, Co-Founder, fuboTV.