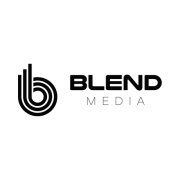 Blend Media, the specialists in producing, customising and publishing 360° and virtual reality (VR) content today announced a new deal with 360Cities, the largest collection of 360° panoramic imagery from extraordinary photographers from around the world. 360Cities imagery will be made available via Blend Media’s 360 Stories tool for creating, editing and publishing 360° campaigns.

Blend Media’s 360 Stories tool makes it easier for brands, agencies and publishers to create, edit and publish interactive 360° content. This new deal with 360Cities will give 360 Stories subscribers access to an extensive range of 360Cities panoramic imagery. The collection features stunning views and famous landmarks from 360Cities’ community of photographers from all over the world that can now be included within a 360 Stories campaign.

Bruce Pales, CEO at 360Cities said: “We are excited to partner with Blend Media as the company’s 360 Stories tool is breaking down barriers to using 360° content in creative campaigns. Our partnership with Blend Media offers an exciting new opportunity for us to monetize our contributors’ world-renowned 360° imagery of locations across the globe.”

As part of the deal fresh content from 360Cities will be added to the 360 Stories library on a regular basis.

Chris Helm, COO and Co-Founder at Blend Media, added: “360Cities is considered to be one of the leading creative communities and suppliers for panoramic images of some of the most stunning locations in the world. Introducing this new set of imagery to the 360 Stories library provides subscribers with access to fresh content for creating compelling brand campaigns using the tool. We are delighted to partner with 360Cities who share our passion for the medium and its potential to deliver richer, more engaging experiences.”

The 360Cities imagery will be added to Blend Media’s collection of over 15,000 pieces of content that are already available for use through 360 Stories. The content will be available to subscribers beginning in June 2018.

TVU Networks to provide reliable equipment and top-tier connectivity throughout...
Scroll to top