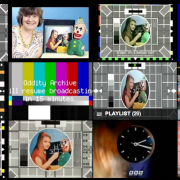 TV has reached the very top echelons of the UK political arena as a discussion point – the Prime Minister recently said “I am only 47 and I am meant to be in touch with this stuff but it is getting quite confusing with tablets, and phones and televisions. So much functionality. You don’t know whether you are meant to be Sky Plus or NetFlix, or this or that…” Should we be worried when the leader of the country admits that he can’t work his TV? Is this part of a larger problem, where despite there being bigger, more intelligent TVs, tablets and phones, and loads and loads of great stuff to watch from all around the world, Joe Public is unable to work out how to enjoy it all?

If most people are like me, they want everything to be as simple as possible. Switch on the TV / tablet / phone / laptop, find a programme you want to watch almost instantly and sit back and relax. Easy peasy. But it’s not quite so simple. Not yet anyway. David Cameron has a point – it can be confusing trying to work out which service will give you which content and clearly there is no one size fits all solution anymore. Up until 1997 with the launch of channel 5, there had only been 4 channels to watch for 15 years and only on one device – the telly. Content choice was hugely limited in comparison to today where there are dozens of different types of services, thousands of channels and 24 hour broadcasting (for those of you that can remember pre-24 hour broadcasting, here’s a nostalgic clip to enjoy).

It’s an interesting conundrum – great content can massively enrich our lives and is a hugely powerful medium for communication but is too much content choice an entirely positive thing? It can be irritating and annoying when you can’t find what you want to watch easily. When I was younger, I used to moan that there was ‘nothing to watch’. And with the move from a choice of 4 channels when I was a kid, to having Freeview to now having Sky, the same moan still exists despite there being so much ‘choice’.

Getting the right content to the right people in the right places and on the right device is a tricky business and one which grows in complexity. The great British public love their TV – the average household spends 4 hours a day watching the box (TV Licensing Authority). So it’s big business and for those companies involved in making and delivering video content to TVs and other devices, there’s a lot at stake if they don’t get it right. Clearly there is a happy medium to be met between not enough choice and so much that things become muddled and inaccessible. TV is no longer just TV and it’s fascinating to see how video has pervaded nearly every area of our life.

Personally, my ideal TV experience would be to only be presented with the shows I like (and this is where search and discovery technologies are really going to come into play). Whether it’s my TV, tablet, phone or laptop, I want to be able to see my favourite shows, and make my TV choices there – which leads to the ongoing battle I regularly have- do I watch Game of Thrones or Eastenders first and what do I want to watch next?

Cord cutting…hurting the US Pay-TV industry?
Scroll to top