Up to this point in time, television cameras captured moments of brilliance, unprecedented access to global events and unique insights into the public lives of high profile personalities. By 1989, television had become the most important feature of the living room, with 68% of Americans owning cable TV and 21.1 million out of 21.7 million households in the UK owning TVs. However, none managed to encapsulate the euphoria, joy and feeling of freedom that the cameras covering the fall of the Berlin Wall did in 1989.

On midnight of 9 November, 1989, East Germany’s Communist rulers gave permission for the gates along the Wall to be opened after days of mass protest. After being divided for nearly 30 years, tens of thousands of East Berliners surged through the crossings cheering and shouting and were greeted by West Berliners on the other side. People excited by the event immediately began to climb on top of the Wall and to destroy parts of it.

NBC News alone broadcast the scene live – not even the West German networks had been able to arrange live facilities on such short notice. In fact, in early November, the pace of public protest increased and NBC decided that the moment was right to take it main ‘Nightly News’ programme to Berlin. Live multi-camera capability was set up and the wall was the backdrop used for their broadcasts. NBC’s news anchor Tom Brokaw was on the scene and began broadcasting live updates to camera as events began to unfold at the wall.

The rest of the world media scrambled to catch up to NBC – even MTV was on the scene – broadcasting taped images but still capturing the sheer jubilation of East Germans getting their first taste of freedom and connecting with their cousins in West Germany. The TV coverage of the collapse of the Wall was a graphic and literal illustration of the fall of the Iron Curtain, as mass popular pressure overcame the so-called 15 km ‘death strip’ to deliver a conclusive blow to the Eastern Bloc. The emotions felt by Berliner were transmitted to the living rooms of people around the globe, stunned as communism and the Eastern block began to collapse before their very eyes. 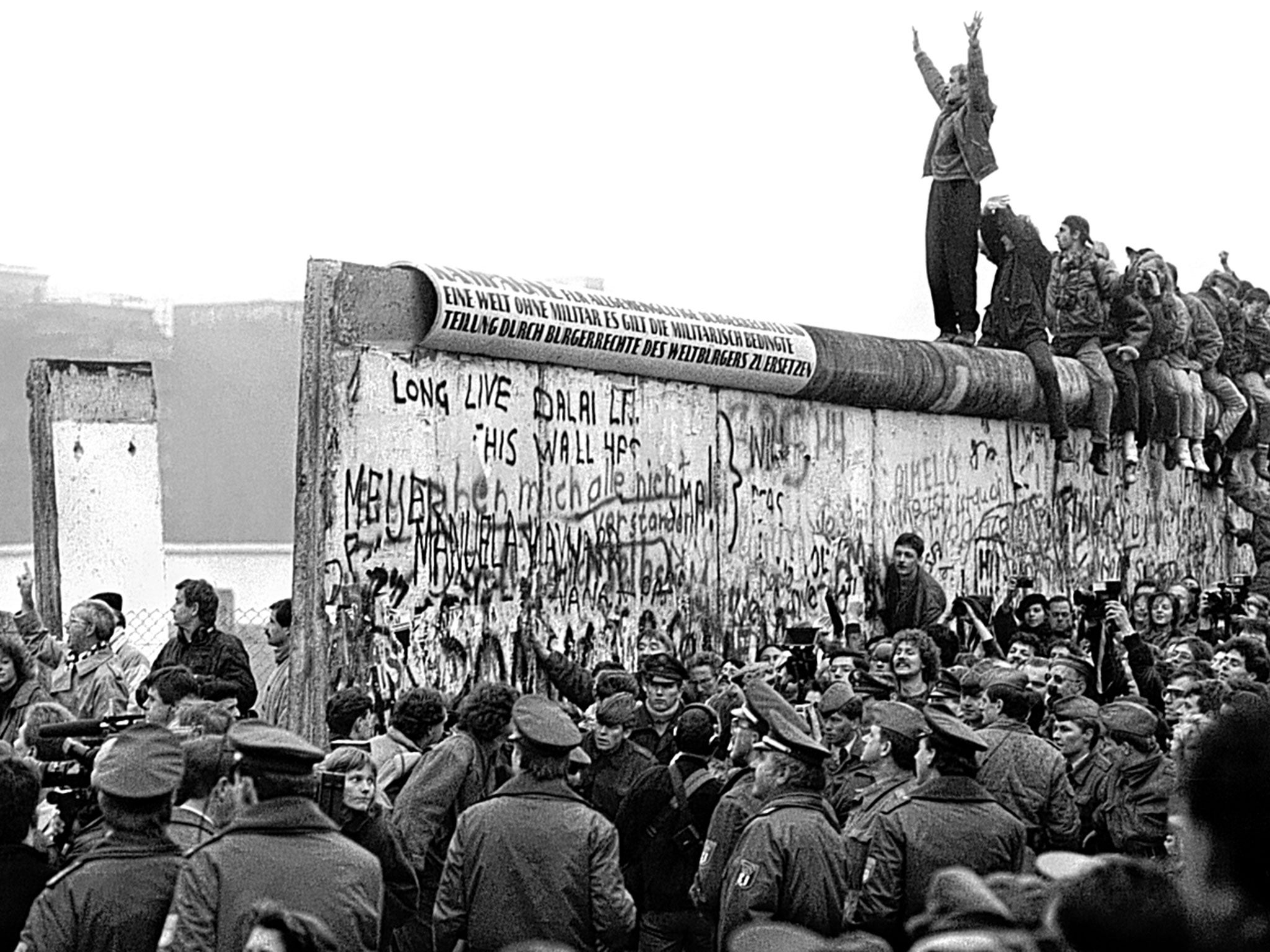 Fall of the Berlin Wall