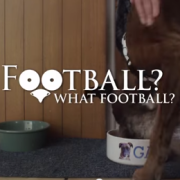 As the world gears up for tonight’s opening match of the Fifa World Cup in Brazil, the TV industry is ready for the biggest TV event in history. The World Cup is set to produce a record global TV audience according to football governing body FIFA. FIFA’s TV director Niclas Ericson hasn’t given exact numbers but said: “We worked very hard on the schedule. We have very good kick-off times for Africa, the Middle East and Europe. And as the event is in the Americas, we’ll have even better figures from there than ever before. It looks extremely good to break records.”

FIFA also believes that the advent of portable media devices, as well as the arrival of new technologies such as Ultra-HD, will help boost figures.  3.2 billion people saw a least one minute of live action during the 2010 World Cup, whilst 909.6 million watched the final, which saw Spain beat The Netherlands

Sports has always been a major driver for TV sales. In the UK, colour TV sets were launched in advance of the Wimbledon tennis tournament to encourage viewers to upgrade from black and white. And women have long been recognised as the decision makers on home TV set purchases. Seizing the opportunity to encourage consumers to upgrade to the latest screen technologies like UHDTV, TV set manufacturers and consumer electronics retailers have been busy with major ad campaigns and promotions to entice fans to make the all important World Cup screen purchase. And even if your team doesn’t stand a chance of winning, you can at least watch them crash out in glorious 4K.

I really like the football ad campaign from UK retailer Currys. Promoting Samsung, Panasonic and Sony 4K screens, the short ads appeal to women – giving us girls a giggle at how transparent men can be. We see three football crazy blokes trying to convince their better halves that her favourite gardening shows, costume dramas and the kids animal documentaries would look so much better in Ultra High Definition. You can check out one of the ads below.