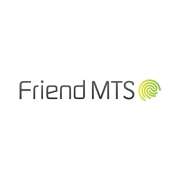 The watermark robustness tests were compiled by Cartesian over a period of 12 months through a series of discussions with all major Hollywood studios, MovieLabs and the Motion Picture Association of America (MPAA). The set of 97 tests replicates many of the key tampering techniques used by video pirates with live and on-demand content, including compression, downscaling, cropping, aspect ratio alteration and collusion.

“We’re delighted with the outcome of these in-depth security tests, and believe that this independent verification of our watermarking robustness is a critical step towards the wider adoption of the technology by content owners and pay TV platforms,” said Chris White, Operations Director, Friend MTS.

Brian Paxton, Head of Security Consulting at Cartesian, added “The robustness testing is very challenging, and includes shaky phone recordings plus collusion tests using a blend of multiple videos. However, the tests need to be tough to represent the breadth of tampering and processing techniques seen in illegal content redistribution.”