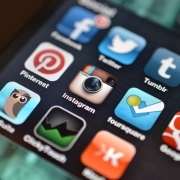 Millennials are the age group the broadcast industry loves to hate. By 2030 there will be 78 million of us, which means we’re the age group broadcasters want to appeal to the most, but we remain one of the most difficult groups to pin down. Our viewing habits are in a constant state of flux. I’ll be the first to admit that my viewing habits are fragmented, to say the least. I flit between watching YouTube videos on my smart phone, streaming Netflix on my laptop, and finding all my guilty pleasures (Geordie Shore, I’m looking at you) on catch- up TV services.

Many studies have been conducted to examine the viewing habits of millennials; whether we are still watching linear TV, still interested in Pay-TV or if we are throwing our set top boxes out of the window. However, in recent years broadcasters have turned their attention to social media to understand how it can work in tandem with TV, add to the experience and even draw in new audiences. According to a study by Kantar Media, in the UK 40 percent of Twitter traffic at peak time relates to TV. With 90 percent of us millenials using social media on a daily basis, it makes perfect sense for broadcasters to harness the power of social to better shape the TV experience for this audience.

My generation is guilty of using social media for frivolous activities, such as posting countless photos of avocado on toast on Instagram or instantly upgrading our dating app photos with the flower garland Snapchat filter. Yet, for us, social media is also a tool we use to enhance our TV viewing experience.

For example, I love getting involved in the debate on social media around The Great British Bake Off each year. My friends and I agree that Bake Off would not be half as fun without Twitter. From racing to be the first one to point out an innuendo, lamenting on how savage Paul Hollywood can be, praising Mary Berry’s impeccable outfits and protesting the unfair elimination of a contestant (I’m sure we can all remember when Ian’s baked Alaska was sabotaged? #JusticeforIan).

Social media enables us to take part in the conversation or view an online dialogue about a TV show. TV has always been a social experience, with its roots in the tradition of families congregating around the TV set in the evening to watch primetime programmes. However, the prevalence of connected devices has removed the daily fight over the remote by empowering my generation to watch our favourite programmes in any room or on the move. Now, social media allows us to still enjoy the conversational aspect of linear TV, even if we are not in the same room as our friends and family.

Despite many studies reporting that millennials watch less linear TV, from my experience social media is encouraging us to watch more scheduled TV. Whether it’s The Great British Bake Off, David Attenborough’s Planet Earth or I’m a Celebrity Get Me Out of Here!, the fear of missing out (FOMO) is very real for my group of friends.

When it first aired, I had no inclination to watch Planet Earth; I was already committed to making time to see the latest episodes of Geordie Shore, Gogglebox and I’m a Celebrity Get Me out of Here alongside ploughing through Black Mirror and Stranger Things on Netflix. My mind was bloated with the amount of content I was consuming and couldn’t entertain the thought of having another morsel, or so I thought. Yet, after seeing all of my social media connections rave about the scene in Planet Earth where a group of baby iguanas are chased by racer snakes, I felt I was missing out. I watched it on BBC iPlayer, became hooked and was in front of the TV set the following Sunday with my smart phone in hand ready to comment on social media.

Whilst FOMO is relatively harmless, social media has a dark side that can ruin a TV fan’s evening: I’m talking about spoilers. My friends and I willingly impose a social media blackout on ourselves to avoid spoilers if we haven’t seen the latest episode of a TV show. Whether it’s the latest episode of The Walking Dead or Game of Thrones, many of us will do our very best to watch it live to avoid FOMO. If circumstance forces us to watch it on catch up, then we’ll become a ghost on all social media platforms to avoid any nasty surprises.

Ultimately, 300 hours of content are being added to YouTube every minute and with the rise of affordable streaming platforms such as Netflix and Amazon Prime, linear TV has big competitors when trying to reach younger audiences. Despite this, millennials are still engaging with linear TV and social media plays an important role in making this happen by adding to the overall entertainment experience. After all, did you really watch a TV programme if you didn’t tweet about it?