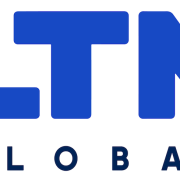 Columbia, MD., December 16, 2021 —  LTN Global,  the industry leader in transformative media technology and video transport solutions, today announces it has worked closely with Howard University’s WHUT and the Pearl TV consortium to support the launch of the Howard NEXTGEN TV Broadcast Collaborative project in Washington D.C. The project delivers a new digital broadcast standard based on the same fundamental technology as the internet and digital apps.

LTN enables the aggregation of HD-quality ATSC 1.0 and ATSC 3.0 feeds over its powerful, multicast network, supporting both the WJLA and WHUT aggregated transmission points. ATSC 3.0 is an all-IP standard and its adoption requires stations to have an all-IP multicast infrastructure to unlock its full potential. LTN provides industry-leading video transport, encoding, monitoring, and project support to enable stations’ seamless transition to ATSC 3.0 and deliver interactive and immersive 4K viewing experiences.

“We’re excited to be part of a truly revolutionary initiative in our hometown that brings the future of television today”, said Malik Khan, co-Founder and Executive Chairman of LTN Global. “We are committed to delivering the best and most reliable technology that shapes the broadcasting industry and we look to the incredible talent at Howard University to help us in our mission. The ATSC 3.0 and NEXTGEN TV revolution is in full swing with LTN having delivered ATSC 3.0 projects in just under 30 markets to date. We’re thrilled to see Washington DC joining other big cities in harnessing the benefits of this new era in television.”

NEXTGEN TV is the evolution of over-the-air (OTA) broadcast television and is the first major overhaul to the Advanced Television Systems Committee’s standard for receiving OTA signals in 25 years. Enabling two-way interactivity and applications with internet connection, the new standard presents viewers with more news and entertainment choices while providing broadcasters with a more compelling and interactive way to deliver their content.