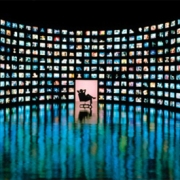 Today’s TV viewing habits have become increasingly fragmented, providing a more interactive experience with higher quality video content available across multiple devices, which can be shared instantly. Yet in the age of ‘TV Everywhere,’ research highlights the integral need to provide users with engaging and immersive TV content that they want to watch. As we rush further into this digital decade, will creative remain king?

According to a 2014 study, Nielsen research suggests that we may be turning away from traditional television schedules to watch programmes when we want to. However as we binge-watch entire seasons of ‘Breaking Bad’ on Netflix via our iPads and laptops, are we witnessing the death of the cliffhanger, or ‘water-cooler TV’ —where weekly episodes become communal, must-see live events?

Although TV is rapidly changing form, the need for high-quality, curated content is still critical to the overall viewing experience. Despite the fact that my smart TV gives instant access to catch up services like ITV Player, I only generally use it when I really want to watch something I have missed, as opposed to the more traditional viewing method of sitting down and watching whatever is on, or timing my day to watch my favourite football team play.

2014 has been huge year for sport so far, and with the upcoming World Cup and Commonwealth games, sports broadcasting will provide the impetus for viewers to watch live TV. We saw how during the recent Winter Olympics, viewers wanted to embrace live conversations happening around TV on Twitter in real time; for example when Jenny Jones won the first GB Sochi Olympic medal on snow with her dramatic slope-style run.

While this new era presents many challenges for broadcasters, it is clear that only companies that engage with, listen to and learn from the ‘digital natives’ will be able to provide a next generation of content that is not just easily accessible, but also fully interactive –  allowing for truly immersive experiences in conjunction with content on demand.

Content has been identified as the most important factor for Over-the Top (OTT) TV success. However, what opportunities are emerging for OTT players to become successful content providers?  New subscription video-on-demand (SVOD) aggregators, such as Netflix, have opened up many new distribution opportunities for content while meeting the rising consumer demand for more flexible consumption. Netflix recently confirmed plans to spend $3bn on TV and film content in 2014 alone, and has earmarked preparations to expand its market presence in Europe by spending $6bn on content over the next three years.

We are now at a point where almost any organisation can create full TV channels and launch them on the world stage. Netflix, alongside other major OTT players including Amazon and Hulu is investing in developing quite traditional original series, further to the success of its own acclaimed drama ‘House of Cards’, which earned nine Emmy nominations in 2013.

This year, YouTube also plans to pour $150m into creating 100 new out-sourced ‘channels’ that focus on genres from comedy to music. YouTube’s TV future rests on improved content and easier access. Preferring to label itself as a platform, rather than a content owner, the company’s move into providing high-quality content is quite ironic given that it doesn’t strictly own any. But by becoming a form of TV network, rather than just being a component of a TV service, YouTube may just be able to meet the growing need to connect people with good content, across devices, and maintain longevity in a market where only the fittest will survive.

It is clear that today people are streaming more videos and watching more TV than before. The question is, with more than 90% of people still coming together to watch TV in the living room (OFCOM 2013), will we choose to cherry-pick our content from YouTube or Netflix and watch all episodes of Breaking Bad at once? Or will we continue to sit down and wait to watch the programming broadcast schedulers have provided for us? It’s a habit that appears hard to break..