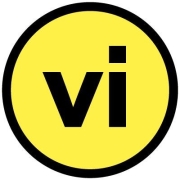 Predictive marketing specialist video intelligence shows confidence in its programmatic approach, as it puts its money where its mouth is

Another important new appointment is Craig Smith, Head of Demand Development, who is responsible for programmatic demand. Working closely with DSPs and trading desks, Smith is focused on connecting vi’s mobile video demand partners with its supply side in the North American marketplace.

vi has also named Will Black as its Director, Performance Sales, managing vi’s portfolio of performance accounts and overseeing all aspects of these campaigns. Black brings five years’ experience in the mobile industry, specialising in performance marketing and witnessing first-hand mobile’s evolution into a mass-market advertising channel.

Joining Black on the vi performance team is Amber Littlejohn, the newly appointed Head of Performance Advertising Operations. She brings 12 years’ industry experience with major online and mobile players – including Opera Mediaworks, Sky, Microsoft, Multimap, ITV and Future Publishing – to the vi team as it prepares for the launch of its performance offering.

“These key hires are critical in our mission to increase sales globally and successfully launch our disruptive performance advertising business,” says Kai Henniges, vi’s Chief Executive Officer. “Before coming to vi, all have held key posts with important industry players and bring unique expertise and experience to the table.”

Discussing vi and its role in pioneering performance advertising, Henniges says: “We believe marketers will find our performance-based approach to mobile advertising incredibly exciting. Many want to avoid paying for low value mobile views when instead they could just pay for the most valuable interactions. I look forward to the new team playing key roles in the successful launch of vi’s performance business.”

Prior to joining vi, Law-Tho was at Dailymotion, where he was in charge of growing desktop and mobile video advertising in the Americas, Asia and Europe, the Middle East and Africa (EMEA). He brings a wealth of experience in expanding business reach across the world, spearheading effective campaigns for leading agencies such as Aegis, Essence/GroupM, Havas, Heaven Media, Mediacom, MJ Media, OMD, Starcom and Universal McCann.

Smith’s previous position was Director of Programmatic Development at Vdopia, a mobile video supply side platform, where he was the lead contact for DSPs. His core remit was to understand the goals of inventory buyers’ and demonstrate how programmatic advertising could help them achieve their aims.

Black was previously Director of Advertising Sales EMEA at Digital Turbine – formerly Appia – where he managed relationships with top developers, helping clients in EMEA achieve their user acquisition objectives. Major brands he has worked with include Domino’s Natural Motion and King.com.

Before vi, Littlejohn was Director of Ad Operations EMEA at Opera Mediaworks, where she managed complex AdOps campaigns combining videos and interstitial creative for large international campaigns. She previously oversaw display and mobile campaigns across premium publishers and brings experience in a wide range of formats.

Black states: “Video is one of the fastest growing fields areas of marketing and performance marketers are eager to take advantage of the high value of users from targeted video campaigns to increase their marketing ROI.”

Law-Tho notes: “It’s a great time to be joining vi, as it expands into new markets and works towards launching its performance advertising business. I’m really looking forward to working with vi, a ground-breaking business taking the next great leap forward in adtech – following on from the development of programmatic around ten years ago.”

Steve Broadhead, Senior Vice President, Sales at vi, adds: “Oliver, Craig, Will and Amber are great additions to the growing vi team. It’s essential that we continue to offer our clients in new markets optimum service, and by adding Performance to our portfolio of products, we further emphasise our mobile credentials.”

video intelligence (vi) is a predictive mobile marketing platform whose mission is to captivate consumers with relevant marketing messages. vi operates a mobile video ad exchange connecting brand and performance advertisers with app publishers programmatically. It collects first and third party data and builds unique user segments. Machine learning increases campaign efficiency and optimally matches marketing goals to user interests. vi is one of the 10 fastest growing companies in Europe (Inc. 5000 in 2016). It is headquartered in Switzerland and has six international offices.