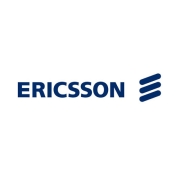 As a result of a new five-year agreement, Ericsson (NASDAQ: ERIC) will provide media and broadcast services such as media management, playout and studio facilities management for Finnish media company MTV. Ericsson will provide these services to both MTV and other local and international customers from a purpose-built media hub in Helsinki, Finland.

MTV is a leading Finnish media company that broadcasts news and entertainment 24 hours a day and is owned by the Swedish Bonnier Group, which is present in 16 countries. Under the terms of the agreement, 45 highly skilled broadcast services professionals will be transferred from MTV to Ericsson.

Heikki Rotko, CEO of MTV, says: “We have selected Ericsson as a strategic partner because the company is a strong international player that has invested heavily in the TV industry. Our decision is also based on the success of a similar collaboration between TV4 – another Bonnier Group subsidiary – and Ericsson in Sweden for the past five years.”

Joachim Bergman, Head of Playout and Media Management at Ericsson Broadcast and Media Services, says: “This agreement and the media hub in Helsinki will strengthen Ericsson’s broadcast and media services business, which began in 2007 with the signing of our first broadcast services deal with C More (formerly Canal+) in the Nordic region, and is expanding rapidly.”
Ericsson has provided broadcast and media services to TV4 Group – another Bonnier Group subsidiary – since 2009. In addition, Ericsson and TV4 Group have established a joint technology and business development forum, whereby the two companies evaluate new business opportunities.

Following the completion of the Red Bee Media acquisition in May, Ericsson now has more than 2,500 Broadcast and Media Services employees. Every day, people on all continents watch television programs prepared, managed and broadcast by Ericsson.

Making the most of your mannequins – has mobile marketing gone mad?
Scroll to top