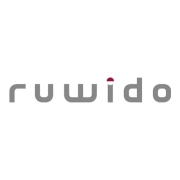 Neumarkt, Austria – 2014-09-10 – IBC 2014 will see the launch of the myron tangible interaction concept with ruwido’s ‘smart dial’ function, demonstrating how up to 27 commands can be integrated in a remote control without the need of a classic button layout.

One of the central tasks to solve in today’s evolving entertainment landscape is how to support users to remain in control of devices and content. ruwido will demonstrate the company’s new myron interaction concept at this year’s IBC, which enables users to easily communicate their intentions.

“The incorporation of natural tactile feedback into the input device allows the user to enjoy more comprehensive control while scrolling through content. Our findings have shown that access to services must be easy and interaction mechanisms have to be adapted to the needs of modern user interfaces. Using devices that are not specifically developed for navigation is, in effect, like eating a steak with a spoon – difficult and unsatisfying,” says Ferdinand Maier, CEO, ruwido.

The design of myron has been ergonomically adapted to the natural shape of the palm. Pressure gradient perception at three different levels allows the user to scroll through content in a more natural and intuitive way. If the central navigational mechanism is pushed hard, the user quickly moves through lists and menu items. When the navigation mechanism is pushed with less pressure, moving through content step-by-step is supported.

The tangible interaction concept, together with the ‘smart dial’ function integrated within the input device, makes it possible to send up to 27 commands to the interface without the traditional requirements of a button-based layout. With a swipe of a finger on the touch sensitive interface, either to scroll backwards or forwards, the user is able to intuitively control channel selection, volume, and the fast-forward or rewind functionality.

Regina Bernhaupt, director of user experience research at ruwido, adds: “To meet the growing demands from consumers for better methods of intuitive navigation, ruwido france, as a scientific research institution, focuses on new ways of interaction. While some of these developments are radical, our research has shown that they have to be integrated gradually as the living room is a place for evolution, not revolution”.