News
You are here: Home1 / News2 / Client News3 / NAB sees TVPlayer exhibit the power of its TVEverywhere platform in combination... 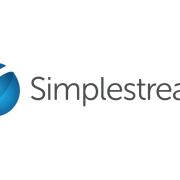 13th April LONDON –Simplestream, a leading provider of live streaming and live-to-VOD solutions, today announced that it will be showcasing TVPlayer on the Amazon Web Services (AWS) booth at NAB (#SL9016). TVPlayer, one of the UK’s fastest growing consumer streaming services, is powered by Simplestream’s Media Hub platform in conjunction with AWS & Cloudfront.

Developed by Simplestream, TVPlayer currently delivers over 85 through a single app that is optimized for every platform and device. With 600,000 unique users per week, TVPlayer is a prime example of how Simplestream’s powerful virtualisation services enable content providers to compete based on innovation, rather than company size. At NAB the team will show how the combination of AWS and the Simplestream Media Hub solution can level the playing field for new market entrants looking to launch mass-market scale video solutions as part of their TVEverywhere service offering.

Dan Finch, Commercial Director, said: “There is no doubt that cloud services will continue to have a dramatic impact in shaping the broadcast industry. The ability to streamline the ingest, storing, editing and playout of content across broadcast and OTT through a single cloud-based system, means that every content provider can now deliver the same quality and diversity of video services to millions of people, in a way that was previously only possible for the largest and best resourced OTT providers.”

Visitors to the AWS booth will see demonstrations of:

TVPlayer: Designed and developed by Simplestream, TVPlayer is one of the fastest growing consumer streaming platforms in the UK, attracting more than 600,000 unique, active weekly users. Powered by Simplestream’s Media Hub technology, TVPlayer delivers more than 85 broadcast channels in a single app that is optimized for every screen, as well as offering an award-winning low-cost subscription service, TVPlayer Plus. TVPlayer is now available as a white label solution and demonstrates the ease at which new market entrants can deliver the most compelling consumer experience at minimal cost.

Media Hub: Simplestream’s Media Hub technology is designed for media networks and telecommunications providers supporting the delivery of one to hundreds of channels in live streaming, TVEverywhere, catch-up, real-time editing and clipping, social syndication and live-to-VOD through a single workflow that works across broadcast and OTT platforms. By reducing the complexity and costs of delivering a streamlined multi-platform service, Media Hub enables providers of every size to quickly launch, add functionality and increase their reach to a global audience. AWS enables the entire Media Hub workflow to be managed in the cloud, ensuring efficient storage, editing and distribution of content, from anywhere in the world. Media Hub is also integrated with Amazon’s Cloudfront CDN for streaming the tens of thousands of video assets created through Media Hub every day.

Adam Smith, CEO and Founder of Simplestream, said: “Working with Amazon Web Services means that the advanced feature-set of our Media Hub solution can be delivered optimally giving consumers and operators the greatest possible power and flexibility, as well as industry leading turnaround times for new functionality such as live-to-VOD. The award-winning TVPlayer service is a key example of how virtualisation enables a new starter to very quickly can break into this market and scale-up. AWS continues to play a key role in ensuring seamless content delivery of live and VOD assets for TV Player and Simplestream customers and we look forward to growing our relationship in the future.”

Simplestream will also be demonstrating its unified live-streaming and live-to-VOD, Media Manager solution for individual or groups of channels, on leading encoder manufacturer, Media Excel’s booth (#SU7916) as part of a wider partnership. Further details about the partnership will be announced at the show.

To arrange a briefing at NAB please contact sandi@platformpr.com

Founded in 2010, Simplestream works across the sports, music, news, entertainment and teleshopping sectors. Its solutions have been adopted by leading providers including At The Races, Box Plus Network, Discovery Networks, Scripps Networks, Turner Broadcasting, Sony and QVC.