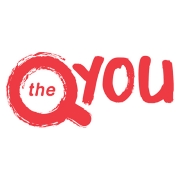 ·         Launching in early 2017, TBD will feature content curated from some of the digital world’s most creative producers delivered via a new Sinclair multicast channel

Sinclair will be retaining The QYOU, the leading curator of online video culture for television, to program the network and to provide creative support.

TBD comes at a time when online video culture is a near-universal entertainment format in consumers’ lives but has only sporadically made the jump to mainstream television where brand awareness can increase exponentially. The digital industry has matured over the last several years and has supported the creation and distribution of highly original and professionally produced material from a new generation of creators, ranging from short films to extreme sports to web series to personalities with cult followings. With these factors in play, Sinclair and QYOU have come together to create a multiscreen TV destination for the best of this content, targeted at viewers who have grown up with online video as a core part of their entertainment diet.

“Our recent focus has been on expanding our business with new digital multicast networks that leverage our broadcast spectrum and household reach,” said Chris Ripley, recently named President & CEO of Sinclair.  “Much of the multicast market today focuses on classic TV and movie content, with little aimed at audiences for whom fresh and relevant pop culture content is important. With the launch of TBD, we aim to pair the very best premium digital-first content with the unmatched branding power of traditional television.”

To power the channel with trend-setting content, The QYOU will license and package premium digital-first content for television. In turn, this content expertise will be combined with Sinclair’s expertise in broadcasting and distribution to bring the channel to multiple platforms.

“It’s a myth that millennials don’t watch TV; they do, but they want it on their terms,” said Scott Ehrlich, Co-founder and CEO of The QYOU. “TBD sets out a different model, showing it’s possible to meet the needs of this generation by delivering the type of content they connect with in a way that’s easy to consume on the range of devices that make up their multiscreen world. To me, as a producer of premium digital content, TBD marks a significant endorsement of what I see as the world’s most vibrant creative community on the biggest stage in television, free to air, which is now more properly seen as ‘free to consumer.’”

“We have millions of fans who’ve been engaging with us daily on web and mobile, and want to see even more from us on the biggest screen in the house,” said John West, CEO of Whistle Sports. “We’re thrilled to be able to deliver a new Whistle Sports experience combining the digital videos fans love with new original storytelling on Sinclair’s new channel.”

Cameron Saless, Chief Growth Officer at Jukin Media added: “With young viewers increasingly diversifying their viewing choices, we believe TBD is a new exciting opportunity for our programming to continue to reach this important audience, many of whom have already fallen in love with our content online.”

Sinclair is one of the largest and most diversified television broadcasting companies in the country. Including pending transactions, The Company owns, operates and/or provides services to 173 television stations in 81 markets, broadcasting 482 channels and having affiliations with all major networks. Sinclair is the leading local news provider in the country, as well as a producer of live sports content. Sinclair owns a multicast network, four radio stations and a cable network. Sinclair’s content is delivered via multiple platforms, including over-the-air, multi-channel video program distributors, and digital platforms.   The Company regularly uses its website as a key source of Company information which can be accessed at www.sbgi.net

The QYOU is the world’s first entertainment company focused on the curation and programming of short-form video content for the TV-Everywhere age. Its Programming-as-a-Service approach delivers linear and on-demand TV channels, playlist-driven mobile apps, custom shows, and influencer marketing support to TV operators and subscription video service providers worldwide. Sourcing and licensing content from a deep roster of creative talent, brands, MCNs, and platforms, The QYOU is bringing the best of video culture to a television service near you.