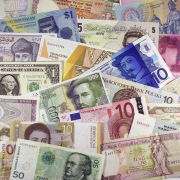 By peak value I’m talking about the time – which I think passed a year or two ago – at which the entertainment TV provides per Dollar, Euro, Rand or Renminbi was at its highest.

Before the launch of Pay-TV, TV was, give or take a licence fee, free. However, there were only a handful of channels and in many countries they were only on for 12 hours a day.

Fast forward to just one or two years ago and in many countries if you subscribed to your local dominant Pay-TV provider you probably got access to pretty much all the content you really cared about. The UI was OK and you could get HD and a PVR to record content. For a household to get all of this for less than the cost of a single barista made coffee a day was really great value. I call this the time of peak TV value. We won’t see similar value until new advanced advertising models arise which can increase ad revenues so much that viewing costs can be driven way down – and I think that’s at least a decade in the future.

Right now new market entrants are fighting with existing broadcasters and Pay-TV operators over the same number of eyeballs. Increasingly content is being used to differentiate competing services. We are beginning to see bold bids for sports content – watch this space, the bids are only going to get bolder – and the new market entrants are making ‘originals’, i.e. content that only they run when it’s first made. This all means that we’re looking at a near future in which you may have to pay two TV operators and a handful of OTT players to get everything you want – which is unlikely to be great value and adds complexity while taking away convenience.

There are also moves by TV operators to launch slimmed down OTT packages at approximately half the cost, or less, of their ‘standard’ cable and satellite packages. These would be supplemented by additional purchases of thematic or content originator-led packages. Again, it’s likely that this is only going to increase the average total household TV spend.

So what are the implications of the passing time of peak TV value? For the producers of top-quality content it looks like very good news. If you’re making the sort of content that operators can use to differentiate a service from the competition you’re in a very strong position. There won’t be that many other winners.  Sports stars will also benefit – as the already high price of game changing sports content is set to rise even further. So, if you’re looking for careers advice Mrs. Robinson, put your daughter on the stage and make sure your son goes to football practice.

It’s also likely to be good news for vendors of solutions and services that power TV services, particularly those whose success is not predicated on their customers doing well.

For the consumer there will be improved UIs and multiscreen experiences; however these will be offset by the inconvenience and cost of requiring a billing relationship with multiple providers. Peak TV value has almost certainly passed; I just hope that the industry isn’t moving too fast towards ‘peak in-convenience’.