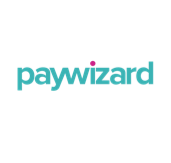 Kirkcaldy, 30 July 2015 – The Scottish Loan Fund (SLF) today announced that it has committed £3.5m of funding in support of Paywizard, the Kirkcaldy headquartered specialist in subscriber management for pay-TV. The funding boost from the SLF will support Paywizard as it seeks to capitalise on the growing pay-TV and video on demand markets by rolling out its software and services internationally. Having recently announced its launch into the Asia Pacific market, Paywizard plans to target emerging markets such as Africa and South America.

Paywizard is also supplementing its board and executive team with the appointment of Andrew Burke as Chairman. Andrew is a broadcast and digital media veteran, with previous roles including CEO of Amino Technologies and CEO of BT Entertainment.

David Milroy, Investment Director at Maven, said: “The Paywizard team have a strong track-record in the UK and via their AgileTM platform they are well positioned to capitalise on consumers’ increasing appetite for viewing video content on multiple devices. The experience and support of Andrew Burke will be of great value to the company as they target international expansion and SLF funding will provide the necessary investment in marketing and specialist personnel to achieve this; we are very much looking forward to working with the Paywizard team.”

Andrew’s market experience will prove a valuable asset to Paywizard. Having previously created and ran BT Entertainment’s TV-over-Broadband initiative (BT Vision), chaired its Premium Rate Services activity, pioneered its Digital Media Services and led BT’s relationships with the media world, he will help steer the company as it grows its leadership in the global pay-TV subscriber management sector. He will work alongside Paywizard’s co-founders Jonathan Guthrie and Ronnie Millar as part of a new management structure, helping operators maximise the potential of their pay-TV services through targeted subscriber management and marketing.

“In today’s television market, successful operators are focused on three key objectives – improving their bottom line, reaching new subscribers and retaining the customers they have. With 17 years experience in the pay-TV market, Paywizard’s knowledge and expertise is helping TV service providers of all sizes to meet and beat those objectives. I’m really excited to be part of Paywizard as we expand internationally and further develop our best in class platform,” said Andrew Burke, Paywizard Chairman.

Paywizard CEO Jonathan Guthrie also added, “Our new investment, along with Andrew’s involvement, is a clear sign of confidence in Paywizard and in the role that advanced subscriber management has to play in the television market. With international deals in the pipeline, we are really showing operators how to build profitable pay-TV businesses.”

Civolution to focus on its NexGuard Forensic Watermarking business following...
Scroll to top