News
You are here: Home1 / News2 / Client News3 / Revry works with Make.TV to help TrevorLIVE reach a global audience in... 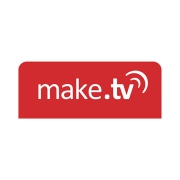 Seattle, WA – June 13, 2019 – Make.TV, used by leaders in news, esports, sports and entertainment to handle live video in the cloud has announced that it will be working with Revry, the first LGBTQ+ global streaming network, to broadcast the TrevorLIVE show simultaneously across multiple content channels around the world. Revry producers will use Make.TV’s Live Video Cloud capabilities to stream the star-studded show to a global audience on the 17th of June in order to raise awareness of The Trevor Project’s fundraising efforts.

Revry is the exclusive live streaming partner and the Official Streaming Network of TrevorLIVE and will be bringing the event’s red carpet, awards and performances live to audiences around the world. Using Make.TV’s Live Video Cloud capabilities, Revry will livestream this year’s show simultaneously across its own network and multiple other channels including The Trevor Project’s Facebook, Twitter, and YouTube pages.

Make.TV has been working with Revry since 2017 across a number of projects including streaming various Pride Parade events and the last three TrevorLIVE shows. Make.TV’s Live Video Cloud allows producers to ingest live footage from an unlimited number of feeds, curate the footage in a multiview browser and distribute the footage to unlimited outputs. Since Revry first started working with Make.TV, its channel distribution of the TrevorLIVE show has grown from six channels to 13 in 2018, reaching more than 9.4 million live viewers during the streaming of the December 2018 event.

“Make.TV simplified our delivery approach, enabling us to bring culturally significant moments like TrevorLIVE to a growing worldwide audience, which helps to raise awareness of the important work done by the The Trevor Project,” said LaShawn McGhee, co-founder and CPO of Revry. “Make.TV not only provides us with industry leading technology experiences, they cultivate meaningful relationships with our team. Their customer service and on call tech support make the entire experience that much more rewarding.”

Andreas Jacobi, CEO and co-founder of Make.TV added, “We’re incredibly proud of our work with Revry over the last few years. Revry’s ability to innovate and deliver uniquely curated entertainment to more people than ever before is laying the foundations for a new era in TV history, where content is completely platform agnostic.”