News
You are here: Home1 / News2 / Client News3 / Samsung TVs and the question of trust 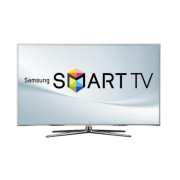 Our private conversations are being snooped on. Technology has overstepped our human rights. Orwellian dystopia is here… Or so headlines over the last few weeks would have us believe.

To recap, a controversial section in Samsung’s privacy policy about its Smart TVs recently caught the public eye. Relating to TVs which have the ability to respond to voice commands, the policy said: “If your spoken words include personal or other sensitive information, that information will be among the data captured and transmitted to a third party”.

The revelation that Samsung Smart TVs might be listening to our personal conversations and sending that information on to mysterious “third parties” has caused an uproar. But you only have to look a little further to learn that this “third party” is just a company called Nuance, which provides voice recognition software to Samsung. Samsung has also clarified that consumers’ voice data is not retained or sold, which should help alleviate our fears that there’s a server out there somewhere which knows all of our deepest and darkest secrets.

Based on these developments, I find myself thinking that the lesson here is not quite what the media has been suggesting; namely that ‘Samsung is untrustworthy’. It is instead that today’s average Joe has become too trusting in general.

For starters, this whole flap only began because one person actually bothered to read Samsung’s privacy policy and discovered that something was amiss. Thankfully we know now that “transmitted to a third party” doesn’t mean “passing on to advertisers”. But should we go around presuming that this would never have been the case? It reminds me of the time when Snapchat arrived on the scene and the world presumed that their private snaps disappeared completely and forever once viewed. Until it was later discovered that this wasn’t the case at all, and snaps are actually saved on your phone, albeit in a hidden location.

On my phone I have an app that tells me what data each of my apps can access. It tells me that the Guardian app can track my location, that Twitter and Facebook can access my text messages, and that Uber and Instagram can access my contacts. “But whhhyyyyyy??” I want to bellow, until I remember that I downloaded everything without so much as glancing at the T&Cs.

With such slack attitudes to our privacy today, what position will we be in to complain when it turns out that companies are collecting our most personal data for advertising profits? As far back as 2012, Verizon applied for a patent so that it could detect when people are cuddling on the sofa while watching TV, so that they can show the lovebirds an advert for “a romantic getaway vacation, a commercial for a contraceptive, or a commercial for flowers”. Plus the industry is openly and casually talking about detection of people in the sitting room – who they are, who they’re with, and when they switch on. But is this brilliant, genius innovation for the world of TV? Or is it simply a step too far?

We’re just around the corner from a future where this type of data collection is the norm, so now is the time to think about where we want our data going and who to trust with it.

Widening the Net for Consumers
Scroll to top