News
You are here: Home1 / News2 / Client News3 / Some second thoughts on the second screen 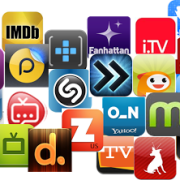 By definition, I suppose I’m a second screener. I regularly watch the television while wielding my tablet or phone, flicking my attention between the two – and apparently I’m not alone either. A recent GlobalWebIndex report found that two-thirds of teenagers are using a second screen while watching TV, but mostly for doing completely unrelated things like talking to friends or reading the news. The question is, with the right second screen technology in place, will this change? Will our concentration on the TV programme at hand improve, and our mobile devices transform into helpful accessories to enhance our appreciation, engagement and overall awareness surrounding the show on the big screen?

Personally, I have some doubts. While I believe that second screen will become more prevalent in years to come, I struggle to see it breaking free from niche TV genres and establish itself as a truly mainstream phenomenon.

For particular genres such as quiz shows or learning, I do see great potential for ‘playing along’ – using the second screen to log your answers and seeing how you fare. These are intrinsically interactive forms of entertainment, so it’s natural to assume that those who enjoy them will enjoy taking things to the next level with second screen. The real test however will be whether second screen passes beyond the novelty stage and can establish itself as a staple part of the game show experience.

Many predictions about the future of second screen anticipate a new era of easily accessible information, such as the ability to discover the exact type of gun that Walter White is using in such-and-such episode of Breaking Bad (as recently suggested by Todd Yellin, VP of Product Innovation at Netflix). There’s no denying that viewers out there are wondering this exact thing, and the slick delivery of this titbit to a second screen app could be very impressive. But let’s not forget that there’s a world of different people out there, pondering an infinite number of things during their TV viewing. “Where’s this episode set?”, “What else is that actor in?”, “What was that niche reference about?”, “When’s the next series coming out?” are just a few examples that spring to mind.

I feel that a catch 22 emerges: by only offering some of this information (the odd product placement let’s say) a second screen app has limited usefulness, is less likely to tell you what you want, and therefore offers a less sticky consumer experience. Offer more information however and you introduce more complexity, making it harder to navigate to the information you desire, and more likely that a knowledge-seeker will give preference to a quick Google search to find his/her answers.

Some genres of TV – fashion and interior design spring to mind immediately – are impervious to this concern. They can be selective in the information they provide, safe in the knowledge that their audience is made up of specific product seekers and this is the extent of information that a second screen app would need to provide. Gok Wan’s shows can have a delightful second screen app that only provides clothing prices and where to purchase them, for example.

The picture is a lot more convoluted when it comes to drama, however, reinforcing the view that second screen lends itself best to certain genres and not others, with the biggest genre of all showing resistance to the charms of the complimentary TV app market.