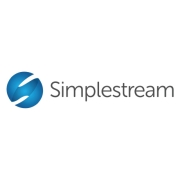 LONDON, 9 NOVEMBER 2016 – Simplestream, a leading provider of live streaming and live-to-VOD solutions, has today announced a tablet extension and offline viewing capability to the At The Races mobile betting app, enabling ‘At The Races’ to spread its reach and meet consumer expectation for services to be accessed from any device.

Built with Simplestream’s Media Manager, At The Races is the UK and Ireland’s most watched horse racing channel, broadcasting content 24 hours a day to a TV audience of over two million and nearly three million online users each month. Its dynamic, secure, API-driven multiple-betting system enables users to compare odds and bet directly within the app from leading bookmakers – such as Bet365, Ladbrokes, Coral and William Hill.

The live channel feed on mobile or tablets is supplemented with glossy racecard information, together with racing replays made available within a few minutes of each race. The app also includes a searchable archive of over 18,000 races from 51 racecourses in the UK and Ireland, as well as news programmes from daily editions and popular magazine shows.

The new offline viewing feature enables consumers to access app content without a network connection and regardless of location, making it even more of a dynamic companion resource for horse racing fans.

“We’re delighted to be extending our partnership with At The Races,” said Dan Finch, Commercial Director of Simplestream. “Connected devices are fast becoming an integral part of the consumer TV experience. To retain a competitive market edge and preserve customer engagement, content owners need to tailor their content to consumers consistently across connected devices – At The Races is the latest example of such an optimized and customized offering that can be easily integrated into existing systems.”

“The iPad edition means that the At The Races app can now be enjoyed by even more horse racing fans,” said Matthew Taylor, Director of New Media and Innovation for At The Races. “The new optimized edition for iPads means that we can provide a greater level of detail for tablet users whilst the offline viewing functionality is a great touch provided by Simplestream; it will no doubt prove highly popular with racing fans who want to study the form on the move.”

Simplestream is a London headquartered company, providing market leading video services such as live streaming and live-to-VOD solutions to media and entertainment companies, telecommunications and content providers. Founded in 2010, Simplestream works across the sports, music, news, entertainment and teleshopping sectors. Its solutions have been adopted by leading providers including At The Races, Box Plus Network, Discovery Networks, Scripps Networks, Turner Broadcasting, Sony and QVC.

About At The Races

JSC for At The Races