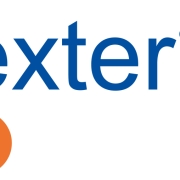 Edinburgh/Sydney – 13 January 2020 – Exterity, a leading provider of IP video, digital signage and guest experience technologies, today announced that the Parliament of Victoria has deployed its integrated IPTV and digital signage system to keep Members of Parliament (MPs) informed of the latest developments occurring within the bicameral legislature of the Australian state of Victoria.

The deployment is part of a larger project launched in 2016 to expand the legislature’s facilities with the construction of a two-storey building to provide additional office space for 102 Members of Parliament, complementing the 160-year-old Parliament House building. The new structure is embedded into the landscape to enhance its environmental performance while reducing interference with sight lines to and from Parliament House, which has had several extensions and annexes added over the years to accommodate an enlarged legislature and administrative staff.

This project, managed by the Department of Parliamentary Services, included the implementation of an IPTV solution that would enable MPs and their staff to access live video from the Legislative Council, Legislative Assembly and certain committee rooms. The system would also provide access to FTA channels with a focus on news. Working closely with Parity, a specialist Independent Audio Visual and Video Conferencing consulting firm with over 40 years’ combined experience, Parliament selected Exterity to develop a design to implement over 190 TV screens within the new building and selected areas of the original buildings. The Exterity IPTV system also manages any digital signage content Parliament desires to push to those screens. The system was supplied, installed and configured by Fredon, a major Australian contractor.

James Scott, the Manager of Hansard within the Department of Parliamentary Services, says: “The IPTV deployment offers a system that has more than met our expectations and has been delivered on time and within budget. Exterity has proven it can be a one-stop shop for delivering, recording, managing and scheduling all our network-based content. The management software is also easy to use, yet powerful enough to allow us to adapt it for our future needs.”

The deployment includes both Exterity IPTV and extensive audio capabilities from Dante to integrate the existing audio feeds from both chambers into the IP-based system. The IPTV distribution uses one headend for FTA (terrestrial), Foxtel (satellite), and a second headend in the broadcast facilities for Internal Parliamentary broadcast that integrates seven SDI cards. The IPTV runs across a shared Gigabit Ethernet network that connects to Exterity AvediaPlayer r9300 IPTV PoE media players across 102 offices in the new annexe and 40 in original buildings.

Jamie Hind, Regional Director for Asia-Pacific at Exterity commented: “In today’s always-on world, it’s crucial that government buildings are equipped with the technology needed to ensure staff are always up-to-date on the latest political debates and legislations. We are proud of Exterity’s role in this award winning project which is helping government staff be successful in their work and decision making.”

The success of the project has been recognised by the wider AV industry in the region. In 2019, Parity Technology Consulting’s work at Parliament of Victoria (Office Accommodation Project) won the “Best Application of AV for a Commercial or Government Project” category at the annual Audio-Visual Industry Awards.

The Q India Launches on Airtel Xstream
Scroll to top