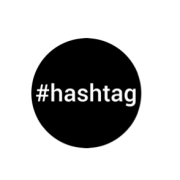 A lot can happen in a week in the Twitterverse. This week alone, we have seen everything from #Wimbledon through to #Pluto, #Grexit and #Primeday. Today, the power of the hashtag is so strong that even Apple has updated its keyboard in its latest iOS to make hashtagging easier than ever.

The role of social media is not only important in our personal lives (how else will I know what the cast of Made in Chelsea ate for lunch?!), but it is also playing an increasingly important role in the business world. More commonly used in B2C, the role of the #hashtag is becoming more and more important in the B2B world.

Just like consumers, businesses want to know everything that is going on around them. Whether it’s what your competitors or partners are doing, or just keeping up with the industry in general – we all know that Twitter is a great tool for finding out the latest goings on.

And it’s also a great way for journalists to keep up to date too. More and more we are hearing that journalists are getting their news from tweets – and they are even taking to the social media tool to vent their frustrations (working in PR, it’s always good to know if one of your top journos has had too many releases in a day so that you can hold fire on that winning pitch you’ve been working on).

But unlike personal and B2C tweeting, tweets from business accounts need to have a certain tone about them. Because let’s be honest, we wouldn’t take a company seriously in the B2B world if it started tweeting about last night’s MasterChef. You need to be smart about Twitter – and that means expressing opinions, showing insight and, rather importantly embracing #hashtags and getting involved in discussion.

And although B2B tweets do take some time and effort – (no one wants to see stats every day of the week), you do need to show some personality! Just because you are a business it doesn’t mean you need to be corporate 24/7 – showing some insight into what it’s like working at your company is a good thing and promotes a positive message to the industry – as well as your competitors.

For us at Platform, Twitter and social media are increasingly becoming important– and we think it’s great! It’s another platform to spread the word on all the innovative things our clients are doing. But Twitter shouldn’t stand-alone, and in the growing world of social media, creating a joined-up campaign that includes Twitter, Linkedin and client blogs/websites is a really strong way to get a message across.

So embrace the Twittersphere – but just remember – although the power of the #hashtag is strong – please don’t #hashtag #every #single #word.