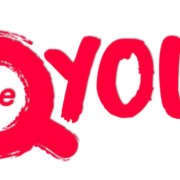 It is predicted that the world’s top operators across 89 countries will increase their Pay-TV subscriptions by 200 million between 2014 and 2020 (Digital TV Research), which highlights the growing pool of subscribers looking for premium entertainment. By bolstering its commercial team, The QYOU is augmenting its abilities to serve these audiences with a unique programming line-up of short web videos spanning comedy, music, drama and stunts, both on TV and via mobile and TV apps.

Amory B. Schwartz joins The QYOU as Executive Vice President Global Sales and Commercial Development, bringing with him over 20 years’ experience in developing international media businesses. Schwartz was previously co-founder and CEO of the North American Sports Network (NASN), acquired by ESPN in 2007, which he helped grow to more than 20 million paid subscribers in Europe and the Middle East in just four years. More recently, Schwartz established The Outdoor Channel HD for the EMEA market with AMC Chello Zone.

Bob Reid takes up the position of Vice President Sales and Business Development, for the Americas and Asia Pacific, following on from a deep background in digital media and mobile, negotiating deals between content owners, platforms and carriers. Most recently, Reid led business development at Neulion and ran the licensing business at BitTorrent prior to this. Natasha Roberton becomes Vice President of Marketing and will be building on extensive experience spearheading branding and marketing communications strategies in the digital advertising and internet technology sectors.

Scott Ehrlich, The QYOU Co-Founder and CEO, commented: “The internet has given rise to a new era of imaginative snack-sized content which is steadily becoming a core part of people’s entertainment diet. Now operators are waking up to the fact that having this content available on their services can satisfy growing consumer tastes for varied videos, delivered in a way that’s consistent with a premium TV experience. With the addition of Bob, Amory, and Natasha to our Executive team, we’re better positioned than ever to expand The QYOU’s footprint into a range of new markets.”

The QYOU finds, curates, and programs the best of internet video for the benefit of subscription service operators worldwide; from traditional cable and satellite to IPTV, OTT, mobile and more. The QYOU’s carrier partners offer the channel and other QYOU content via linear, mobile, broadband, and video-on-demand. Founded and created by industry veterans Scott Ehrlich, Curt Marvis, Les Garland and G. Scott Paterson, all of whom have extensive histories in both traditional and digital media, The QYOU is headquartered in Dublin, Ireland.