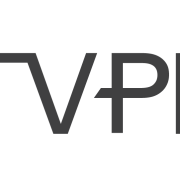 Tuesday 17th May, 2016 (London): TVPlayer, one of the UK’s most popular consumer TV streaming platforms, with over 600,000 unique viewers each week, has been shortlisted for the “Best Digital Video Platform or Services” for the upcoming Broadcast Digital Awards 2016 that celebrates the most creative and innovative digital content in the UK.

The nomination recognises the market impact of TVPlayer as an outstanding digital video platform. As one of the fastest growing TV platforms in the UK, TVPlayer offers consumers free access to more than 60 free-to-air channels, anytime on any connected device, through a single app. Offered as both a live-and catch-up TV service across web, iOS and android apps, as well as Amazon Fire and Apple TV, TVPlayer addresses the increasing demand for an aggregated TV offering, delivered with greater flexibility for the consumer and an improved user experience, than the more traditional linear TV services.

TVPlayer Plus was recently launched as a low-cost monthly subscription service with an additional 24 pay-TV channels made available via the existing app. TVPlayer is also now being offered as a white label service, highlighting the commercial demand for TVEverywhere services, as the popularity of streaming video increases.

CEO and Founder of TVPlayer, Adam Smith commented: “We are thrilled to be shortlisted among a group of such exceptional innovators and to be recognised as a leader in shaping the future of digital content in the UK. We launched TVPlayer with the mission of capturing the best of both new and traditional media landscapes and offering this to consumers in the most seamless and accessible way. Our platform enables premium channels and content providers to extend their engagement with new generations of TV consumers, as well as retaining the loyalty of their traditional customer bases. We are very proud to receive this recognition during an exciting period of development for the business.”

TVPlayer was designed and developed by Simplestream using its unique Media Hub technology. The technology can deliver hundreds of channels, through live streaming, automated live-to-VOD and catch-up content across broadcast and OTT platforms within a single workflow. Media Hub also supports TVPlayer in the collection of in-depth analytics from its expansive database of users, providing significant insight into the viewing behaviour of consumers in the UK.

The Broadcast Digital Awards will take place at The Brewery, Chiswell Street, on 29 June 2016.

TVPlayer is a free OTT platform available in the UK, which streams live TV across multiple devices from some of the UK’s favourite free-to-air broadcasters. Launched in December 2013, TVPlayer is one of the fastest growing platforms in the UK, with over 60 channels spanning Entertainment, Kids, News, Music, Desi and Lifestyle.  TVPlayer is owned and operated by Simplestream, a leading provider of live streaming and Live-2-VOD solutions to broadcast and media companies. The TVPlayer platform is available on a white-label basis both in the UK and internationally.

Simplestream is a London headquartered company, providing market leading video services such as live streaming and live-to-VOD solutions to media and entertainment companies, telecommunications and content providers. Founded in 2010, Simplestream works across the sports, music, news, entertainment and teleshopping sectors. Its solutions have been adopted by leading providers including At The Races, Discovery Networks, Scripps Networks, Turner Broadcasting and QVC. Connect with us on www.simplestream.com @simplestreamuk Linkedin