News
You are here: Home1 / News2 / Client News3 / TVU Networks Helps France Télévisions Get to the Heart of the Royal We... 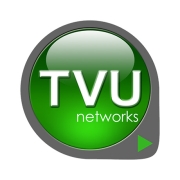 TVU Networks, the global technology and innovation leader in live IP video solutions, was chosen by France Télévisions to support its coverage of the wedding of Prince Harry and Meghan Markle on Saturday 19 May. Broadcast on France 2, franceinfo TV and Digital, the programme titled Speciale Mariage Princier made use of TVU Networks solutions to provide live interviews and reactions from the streets and bars in Windsor and London.

France Télévisions’ coverage included two live feeds, totalling seven hours of continuous content, sent back to the studio in Paris. The biggest challenge was to ensure reliable bandwidth while camera crews were constantly on the move over such a wide area. The broadcaster chose the mobile units TVU One and TVU NANO, TVU Networks’ new ultra-compact router to enable the two crews – one in a taxi and one on a motorbike – to capture and contribute the footage they needed without being encumbered by wires or heavy equipment.

“The aim was to do something innovative with our coverage by giving it a fresh twist. We wanted to deliver live reactions from the crowd in Windsor and London using a taxi and motorbike. We needed something powerful that was also small in size and very low weight for the motorbike crew,” explains Guy Lezec, Production Manager, France Télévisions.

“Our goal was to maintain optimal transmission quality despite significant mobility challenges and high network overhead in these circumstances. We had to boost our signal. TVU Network’s presentations at NAB Show 2018 of aggregated sim cards and TVU NANO appeared to respond to our needs perfectly,” added Romuald Rat, Director of News Coverage and Production, France Télévisions.

The first feed comprised live interviews from a taxi using two TVU One units; one to transmit the signal from three on-board cameras (including two Go Pros) and the other acting as a router. Also on board was a small production switcher. For the second live feed, a motorbike crew capturing live crowd reactions was equipped with a TVU One unit and the TVU NANO, again one to support transmission and the second acting as a router.

TVU One and TVU NANO deliver high-definition picture quality with industry leading bandwidth efficiency all within an ultra-compact and rugged hardware design. The highly portable units with one button operation and a boot-up time of less than 20 seconds, enabled the cameramen to hit the ground running, eliminating the need for lengthy set-up times.

Acting as an IP-based high-definition video field transmitter, TVU One gave France Télévisions the versatility needed for the live video contribution without having to compromise on performance, features or picture quality.

“We are very proud that our solutions were chosen by France Télévisions for such a prestigious event. The TVU One and NANO systems are ideal for a wide variety of scenarios, particularly application requiring dependable, high-speed bandwidth,” said Yoni Tayar, Europe Marketing Manager, TVU Networks. “The royal wedding is a perfect example of how effective our solutions can be in helping broadcasters innovate in live outside broadcast situations.”

Amino returns to ANGA COM to demonstrate how it can equip operators for an All...
Scroll to top