Consumers increasingly use a companion screen while viewing content, often to find out more about the program, or to interact with it or their social network. Warner Bros. France wanted to take advantage of those interactions, enabling them to be triggered within its own branded app. Warner Bros. France therefore designed its ‘My Warner’ second screen app to synchronize with all Warner content delivered to the TV screen including time shifted, Blu Ray or VoD content. Using Civolution’s SyncNow® ACR technology, ‘My Warner’ is synchronized with Warner Bros. produced TV and movie content and has already used SyncNow to enable interaction with a number of DVDs including Academy Award® nominated movies ‘The Hobbit : An Unexpected Journey’, ‘The Hobbit :  The Desolation of Smaug’ and ‘Gravity’.

“While a majority of people are watching content as aired or on DVD, a growing number are watching their favourite features on a second screen. That’s why we’re delighted to be working with Civolution and SyncNow to ensure that our ‘My Warner’ app provides the best possible second screen interactions with real-time engagements on the standard schedule or time-shifted viewing,” said Emmanuel Durand, Marketing Vice-president Warner Bros. Entertainment France.

“Our deployment with Warner Bros France is further proof that SyncNow provides consumers with best-in-class cross-screen interaction and enables content providers to monitor how their audience wants to interact,” said Andy Nobbs, CMO of Civolution. “Warner Bros’ content reaches a tremendous number of viewers, which creates challenges in terms of measurement. Our solutions have been designed to gather intelligence on viewership and interaction behavior, however content is viewed. We’re confident that SyncNow will enable Warner Bros France to better understand their audience behavior, and help deliver more opportunities for consumers, broadcasters and advertisers, leading to increased customer loyalty and monetization.“ 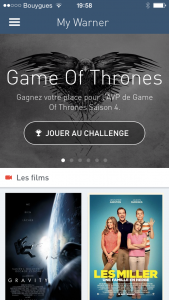 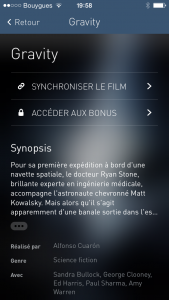 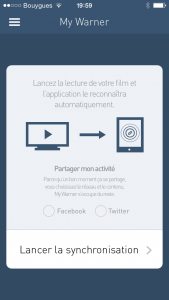