News
You are here: Home1 / News2 / Client News3 / What does the future hold for the BBC? 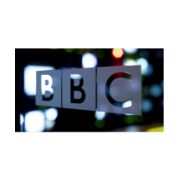 An online survey by TubeMogul found that 60% of the 1500 participants selected were in favour of scrapping the TV License, and effectively seeing the BBC privatised. This news is hardly shocking; long gone are the days when there were only five TV channels to choose from. Now we have a wealth of TV entertainment available to us, in the form of OTT services such as Netflix, from Pay-TV operators like Sky and on VOD platforms such as All4.

Personally, I very rarely watch live TV anymore, much less the BBC. Instead I far too often opt to binge watch TV series after TV series on Netflix whilst consuming popcorn the way a lizard catches a fly. If I’m not going on a Netflix bender then I will watch programmes on VOD platforms. The last time I can remember watching the BBC on a television set was during the last series of The Great British Bake Off. Even then that was just so I could be a typical second screener and tweet about my solidarity with Ian, using the hashtag #JusticeforIan when Diana took his baked Alaska out of the fridge, causing it to become a melted mess of Ian’s broken hopes and dreams.

My viewing habits are not unusual; Netflix has around 4 million subscribers in the UK, Pay- TV operator Sky has 10.5 million subscribers and it is estimated 34% of millennials watch TV online. This mass migration to OTT, VOD and Pay-TV makes it seem absurd to fine or even imprison people because they do not want to pay for news and entertainment they don’t watch.

However, there have been reports that David Cameron is hoping to decriminalise watching TV without paying the license fee, as well as talks of viewers having to pay to watch to watch the BBC’s premium content such as sport or high quality dramas. The recently released BBC green paper also discussed closing the iPlayer loophole, which allows viewers to watch BBC content on catch up without having to pay for the license fee. These mark the first steps of the BBC becoming a subscription service and ceasing to be state funded.

The consequence of all this will not just mean that people will have to watch adverts in-between programmes. It also means that there is a potential for there to be more bias in the BBC’s reporting. Being state funded means the BBC is required by a royal charter to adopt neutrality in its reporting. However, a poll by Opinium/Observer discovered public opinion is mixed when it comes to assessing the neutrality of the BBC. The poll found that under a third of the general public believed the BBC is biased, with just under 40% believing the BBC displayed no bias in its reporting. Either way, if the BBC ceases to be state-funded it will no longer be obliged to adopt neutrality and we could begin to see more political bias in its reporting.

However, after agreeing to bear the costs of free TV licenses for over-75s, it has been agreed that the license fee will stay in place for another five years and for now the BBC will remain state funded. Yet with an increasing number of the general public favoring that the TV license be scrapped, the proposal of the iPlayer loophole being reformed and the government considering decriminalizing non-payment of the TV license, it is beginning to look like privatization of the BBC is inevitable.