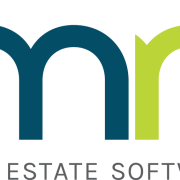 London, 16 February 2022 – Nearly seven in 10 social housing residents surveyed (69%) aren’t hopeful for the future of their local community after lockdown, according to the latest output from the Resident Voice Index™ initiative. The Community Support & Life After Lockdown report is based on a survey of more than 4,100 respondents from across the UK, who expressed their views on how the pandemic impacted their levels of loneliness, resilience and optimism.

Adults under 35 were the age group most affected, the survey revealed. Members of this age group emerged as the loneliest overall and were more likely to fall into ‘extreme’ loneliness, with more than twice as many feeling lonely “often/always” than before the pandemic (33% compared to 16%). Compounding these findings, this group displayed the lowest levels of resilience and were more likely to dislike where they lived. Nearly 4 in 10 (37%) were notably pessimistic about their future.  This finding echoed previous results from the Resident Voice Index™, which showed low levels of residents feeling safe and belonging to their neighbourhood amongst this age group.

Where a resident lived also made a difference, with villages coming out on top as the best places to live in the UK for social housing residents. Those living in villages liked where they lived the most, reported the lowest levels of loneliness (17%), and maintained the highest degrees of resilience compared with pre-lockdown levels. Villages showed the highest numbers of people who didn’t feel lonely (43%) or had no change in feelings of loneliness (57%). Nearly 4 in 10 of them (37%) also said they felt optimistic about a post-lockdown future, compared to 28% of those living in cities.

Project lead Doug Sarney said: “These results really dig into the effects of the pandemic on UK social housing residents. The report suggests interventions that housing providers and policy makers could make in order to improve levels of resilience, optimism and social cohesion whilst combatting loneliness in those areas where it is needed the most.”

He adds that specific suggestions in the report include: “Younger people need support to counter the fact that they have been significantly harder hit by the lockdown. Communities could also look to the life experiences of older residents to provide clues for elevated levels of resilience. Furthermore, the answer to raising the quality of life may lie in recreating village-like environments in new urban development projects.”

Across the pandemic, the negative impact in terms of loneliness and resilience evidenced by the Resident Voice Index™ may be expected, but the scale of the change is substantial. The free-text answers given by respondents showed a great need for support and help in the immediate future, with the requirements of younger people looking to be some of the most urgent to address.

For housing providers, analysis of the index scores shows that reporting a good relationship with a provider corresponds with higher levels of resilience, optimism and not feeling lonely. Moreover, it may foster hopefulness for the future, since people who are aware of the actions of their housing provider are more than twice as likely (57% vs 25%) to be optimistic about the future of their local community.

Other key survey findings include:

The Resident Voice Index™ is an independent project that anonymously gathers the views of social housing residents in the UK. Developed by MRI Software, a trusted provider of software to the social housing sector and wider property market, the short surveys are designed to provide policy makers and housing providers with insights from residents about their neighbourhoods and communities, along with interventions that could improve them. The goal of the project is to ensure the voice of the resident is heard to improve the experiences of social housing residents.