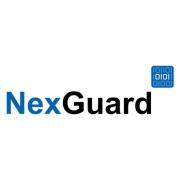 New York, NY – July 5, 2016 – NexGuard, the leading provider of forensic watermarking technology and solutions, today announced that ZEE Entertainment Enterprises Ltd. (ZEEL) is deploying its NexGuard forensic watermarking system at its Mumbai facilities. ZEEL is a global content company with a presence across 171 countries. With a rich bouquet of 33 domestic and 38 international channels, ZEEL reaches over 1 Billion viewers across the world.

With over 1,000 original productions every year, India is the world’s most prolific movie producer. However, the South Asian power also ranks fourth among English-speaking countries for piracy according to the Motion Picture Distributors Associations (India), leading to significant potential revenue loss for content producers and distributors.

In an effort to deter piracy, ZEEL has deployed NexGuard watermarking technology, which enables the forensic watermarking of its valuable video content with a unique identifier in post-production, making its worldwide distribution traceable and secure. This level of protection is particularly important for content owners looking at preserving the value of their content before it is aired.

“Online piracy in India and worldwide is indeed a major threat for the overall media and entertainment industry. With Peer-2-Peer platforms and illegal re-streaming services flourishing in the subcontinent, we sensed a strong need to deploy solutions to protect our most important asset – our content,” said Mr. Sunil Buch, Chief Business Officer, ZEEL. “Using NexGuard forensic watermarking, we can now trace the source of illegal copies of each video asset at any point of the content lifecycle. This enhances our content security by many folds, and above all, it acts as a powerful deterrent against piracy.”

“ZEEL’s content and channels are among the most popular in India and worldwide,” said Harrie Tholen, Managing Director of NexGuard. “With a global audience and very valuable assets at play, it was crucial for ZEEL to deter piracy and act quickly if it does take place. We are proud to be involved in helping ZEEL safeguard revenues through deterring piracy.”

NexGuard provides watermarking plug-ins for most commercially available transcoders as well as solutions for other file, tape and disc workflows. NexGuard solutions for 4K/UHD are commercially available and HDR support is under testing by the Hollywood studios. ZEEL has chosen to deploy the NexGuard system in the form of software plug-ins for their transcoder farms, thereby ensuring a seamless fit in its existing content post-production and distribution workflow.

NexGuard (www.nexguard.com), a Civolution company, provides the most widely deployed forensic watermarking solutions in the movie and entertainment industry across the globe. Civolution is the leading provider of technology and solutions to identify, manage and monetize media content. The company offers an extensive portfolio of cutting edge digital watermarking and fingerprinting technologies and applications. Follow us on Twitter: @NexGuard and LinkedIn.

ZEEL is one of India’s leading television media and entertainment companies. It is amongst the largest producers and aggregators of Hindi programming in the world, with an extensive library housing over 220,703 hours of television content. With rights to more than 3,818 movie titles from foremost studios and of iconic film stars, ZEE houses the world’s largest Hindi film library. Through its strong presence worldwide, ZEE entertains over 1 billion viewers across 171 countries.

ZEE and its affiliate companies have leading presence across the media value chain including television broadcasting, cable distribution, direct-to-home satellite services, digital media and print media amongst others. More information about ZEEL and its businesses is available on www.zeetelevision.com.