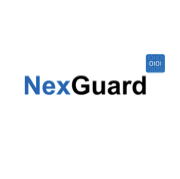 NexGuard Digital Cinema offers unique and imperceptible video and audio forensic watermarking, enabling illegal copies of theatre movies projections to be traced back to a specific cinema screen, with the date and time of projection. NexGuard Digital Cinema is fully compliant with the specifications of DCI (Digital Cinema Initiative), set up by Disney, Fox, Paramount, Sony Pictures Entertainment, Universal and Warner Bros. Studios to define the standards for digital movie theatres.

Tammo Buhren, Managing Director of zweiB GmbH said: “We have launched this service based on the feedback received from both European independent studios and German subsidiaries of US studios, who find the existing process of investigating DCI piracy too long and too complex. We are therefore offering a responsive, easy & simple service leveraging NexGuard’s world-leading forensic watermarking solution for digital cinemas. zweiB is already well-connected in the German-speaking film exhibition industry and the GVU* (Gesellschaft zur Verfolgung von Urheberrechtsverletzungen e.V.) which welcomes our new service.”

He continues: “We believe that NexGuard is the natural partner of choice to track copyright infringement, given its success in helping major film studios protect their valuable content. NexGuard Digital Cinema is a proven solution that deters piracy and offers a robust, powerful method for protecting the film industry revenues in German-speaking countries. Sustaining the health of this industry is of the utmost importance and zweiB is therefore delighted to be able to draw on NexGuard’s technological expertise.”

“Our partnership with zweiB demonstrates our commitment not just to the Hollywood studios, but also to the film industry across Europe,” said Alex Terpstra, CEO of Civolution, NexGuard’s parent company. “By working closely with forward-thinking organizations in the European film industry, we are able to gain deep insight into their requirements and help develop leading-edge solutions customized for their market.”

“After signing earlier DCI watermark detection partnerships in the US and Asia, we are very pleased to work with zweiB as our first partner in Europe to combat piracy, safeguard revenues and enable Europe’s film industry to flourish,” said Harrie Tholen, SVP Worldwide Sales at NexGuard.

–      Makes illegal copies of films traceable to a specific cinema, screen and date/time of projection

–      Watermarks are imperceptible to the human eye and ear

–      Integrated with all leading 2K, 4K and 3D cinema server and projector brands

* Society for the Tracking of Copyright Infringement