News
You are here: Home1 / News2 / Platform News & Views3 / Opening Doors: Gay Bell speaks to TVB Europe about the role of Women in... 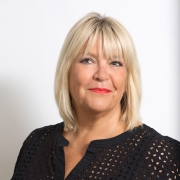 Let me be frank, I initially find it quite hard as a (relatively) successful woman to comment on the lack of opportunities for women. But then I ask myself, is my success based on the fact that I ‘opted out’ of the corporate world by setting up my own company and avoided the corporate glass ceiling so many women seem to face. I don’t know the answer – if I did I’d bottle it – but I do see how hard it is, especially in the technology industry to attract and nurture successful women. Just look around the exhibitors at the major trade shows (and the speakers and attendees for that matter) – massively male dominated. Diversity as a whole in the media and tech industry is a challenge.

Recently we have applauded a number of high profile senior woman appointments that have grabbed news headlines – Alex Mahon at Channel 4, Carolyn McCall at ITV spring to mind. I do find it annoying that the headline is often about them being women – seems that very successful careers (CEO at Shine, CEO at Easyjet etc) are secondary. CEO women appointments are like a first time record chart number one – “overnight success” is usually the result of years touring in crappy transit vans up and down the motorway, or up the corporate ladder in this case.

There are lots of facts and figures about the lack of female presence in the tech sector. Baroness Martha Lane Fox recently stated that currently, the percentage of women in the tech sector is worse than in parliament. That is a worrying fact! And the gap is especially wide in middle management and entry level graduates, especially in engineering. Google and the other major Silicon Valley technology companies have also been in the spotlight this month for showing low diversity figures when it comes to women in leadership. According to a Recode article, women form less than 30% of the leadership teams across all the big technology players.

I think by now we all know that gender (and ethnic) diversity provides businesses with a holistic view, fosters greater innovation and creativity, and creates teams better equipped to solve a variety of issues. The challenge is how to put that in action, opening the door to young woman and supporting them as their careers grow. I applaud the work of organisations such as Females in Broadcast and The Women in Tech Council as they campaign and introduce key programmes that will attract and grow women at all levels of the industry.

I believe that being a young woman today is one of the most exciting times ever for our gender. Companies are recognising the value of women in their organisations more and more and the opportunities are so much wider – way beyond the traditional marketing and HR roles women were expected to fill in the past. It’s a time of change and that’s a good thing!

*Originally featured in TVB Europe September Issue, which can be found online here.