News
You are here: Home1 / News2 / Platform News & Views3 / The AI driven singularity: How is AI impacting the job market? 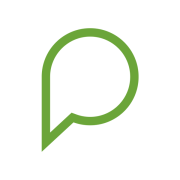 It’s been fascinating recently to see the idea that a great number of jobs will be replaced by artificial intelligence (AI) is getting close to orthodoxy.

A report by the consultancy firm PwC found that 30% of jobs (10 million) in Britain were potentially under threat from breakthroughs in AI. In another report, the IPPR said that in four sectors alone – retail, hospitality, transport and manufacturing – 5 million UK jobs were at risk.

The reasons why AI (and tech in general) can have such an incredible impact is perhaps best described by Raymond Kurzweil’s idea of the singularity. His hypothesis suggests the invention of AI will abruptly trigger runaway technological growth, resulting in huge changes to human civilization.

I’ve been following this concept for around a decade after reading Kurzweil’s ‘The Singularity is Near.’ I really loved the first section of the book that looks at how most people only look at short sections of ‘the tech curve’ and so only see local linearity while in fact technological change accelerates, in a similar way to which network effects accelerate communications traffic.

Personally I’ve never really bought into Kurzweil’s extrapolation of the curve that sees it hitting the near vertical in 2043, heralding almost infinite tech advances as machines learn to programme themselves. Partly I don’t buy this because I’m sure that human friction will get in the way of such run-away ‘progress’. However, I do buy into Kurzweil’s fundamental concept of non-linear accelerating tech growth, and I am certain that this is enough – without a singularity – to change societies radically all over the globe over the next two or three decades.

For me, it’s pretty interesting to take a step back and look at how people think about the future. When something is decades away, we accentuate the positive. I remember that it was commonplace in the 70’s to believe that future developments in robotics and AI would see almost unlimited leisure time for most citizens. And yet, when this very same shift is almost upon us, the discussion becomes much more dystopian. We are now mostly concerned with what happens when millions of jobs disappear and a tech-poor underclass forms. I can’t remember the last article discussing the sunny uplands of unlimited leisure.

For younger generations the skills needed are very different.

In summary my advice would be: Embrace the combination of data, AI and automation and work with and for those that do too. Of course I’m already looking at how Platform can successfully ride this wave, which I hope to write about in the near future.

Opening Doors: Gay Bell speaks to TVB Europe about the role of Women in Bro...
Scroll to top