Don’t let my dashing good looks fool you – I have been in the technology media industry for a while. I got into technology journalism from broadcast just before the goldrush of the dotcom boom in the late 1990s. By God, it was a glorious time. More money than sense was a common refrain, before YouTube, LinkedIn, Twitter — where publishers and magazines (on paper) ruled, and journalists of all flavours had a certain cache.

I think I was spoilt in many ways — as a twenty-something descendant from a black African mother and Lillywhite upper-class father, I was getting to jet all over the world at the expense of technology vendors, meeting interesting people and filing news stories. The ‘glamour’ was intoxicating. To the point, that issues of race and gender inequality were never particularly high on my agenda. Hell, everybody was mostly nice to me — and by and large, the people I worked with and for were an egalitarian bunch. I had worked in editorial teams at Reed Elsevier and other publishing houses that were black, white, asian, straight, gay, with male and female bosses that mixed all of the above. I even worked with a guy that had a Swastika tattoo — but that is a tangential story about a thoughtful and wonderful person who never wanted to forget about the dark road he chose never to travel down. But I digress. What struck me most was that this period leading up to me leaving full-time journalism in 2005 was that the technology industry was changing dramatically as the rise of Silicon Valley, with its seemingly liberal bias, began to knock against the largely WASP heritage of Europe.

I don’t mean to offend anybody but it’s quicker to speak bluntly. For the first decade, I worked covering technology companies, I think I only met 2 senior black executives at a top 500 technology company. I’m sure there were a lot more, but they never seemed to be at the press events I attended (and I attended a lot of events). I did meet a growing number of senior Asian (predominantly Indian) execs, but few blacks. Senior women were also a rarity outside of marketing and PR roles and from memory, I only met 3 or 4 within senior technical areas. As to why — I really don’t know? I could hypothesise that it stems from black people in the US and Europe being less likely to gain degrees/MBAs etc. — and I’m sure a social scientist can provide the data but the result from my perspective was a significant lack of diversity. The same trend was also present in media — but not as pronounced — although to this day, I have yet to see a black publisher of a top-tier technology title.

Speaking from my experience, I don’t view it as institutionalised racism, sexism, (please feel free to add more ‘isms’) but more as a mirror to the wider societal make up. In 2000, at the height of the dotcom boom, less than 4% of the UK population was Afro/Caribbean black or Afro/Caribbean/white mixed race.  In the same period, the Afro/Caribbean black intake at ‘Oxbridge’ universities was less than 1%. And the deep-pocketed tech companies flushed with VC money tended to go for the perceived ‘best and brightest’ which meant few blacks entered the tech sphere. The situation was made more pronounced by a lack of ethnic students in disciplines such as coding and computer science.

The situation is not all bleak and it’s the tech companies that seem to be trying to change this narrative — often with sometimes comical results but mostly with the right intentions. I’ll recount a great example. About a decade ago, I went to a big annual tech conference for a major software vendor (top 20 global). The tribal lines of the press shipped in from different nations led to the Brits being sat on a couple of rows near the front. This was a pretty diverse bunch, men, women, young, old, black, white and a couple of eccentrics. After the usual opening speech, a very senior exec started talking about how inclusiveness and diversity was an important issue that the vendor was actively trying to address in its workforce. It was a bit out of character — but refreshing. Some nice sentiments were expressed but a few sniggers emanated from the UK press core — who had been at enough ‘green washing’ presentations to sense a bit of ‘brown washing’. However, it seemed sincere. 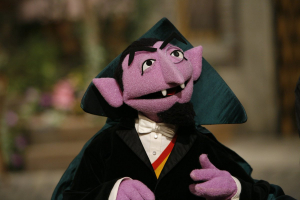 Yet after this session – the next exec on stage was a white man. Then another white man. And another.  And a witty wag from the UK press contingent started to do a ‘The count from Sesame Street’ impression with the phrase, ‘Three, Three, white man… ahah ahah ahah’ — then ‘Four, Four white men. Ahha aha ahah’ … all the way through to about 8 … But then, an amazing lady appeared on stage… mixed Asian/ black, with a senior technical title who gave a great presentation on product roadmap and strategy. There was a little cheer from the UK press pack (who never cheer about anything) and it felt good. You can say tokenism, but it was one of the first times that I can remember where my peer group and a technology vendor had both openly recognised and discussed the issue — and in a small way, a step had been taken.

I bring up this story because that is part of the issue. Hand wringing and saying how bad it is, is not a solution. Making it easier for young people of all shades and genders to gain access to high-quality, affordable education — along with large technology companies actively talking about and addressing a structural problem and at least wanting to do better — is a start.

Yet we all must be realistic about the identity of the world. When I was younger, I went to Ghana and visited a small tech company in Accra. Every senior executive was either black or Asian. They did have a moderately senior white guy but he was the minority. At that moment, in that country and industry, there were very few senior female leaders — their issue was not black/white but rather gender inequality. I guess there were no discussions about hiring more white people because it is a 99% black country. As of the 2011 census, the UK was still an 86% white nation, with 5% BAME so structurally, having one black journo at a tech event with 30 press attendees is not such a shock!

So, as I am about to hit my self-imposed word count for this blog, I just want to highlight a couple of points. Equality throughout the x and y axis of race and gender is still not ‘statistically’ ideal across every sector of society and industry. Yes, it is better than it was two decades ago, and I strongly believe it will be better in the next two decades. What has changed is that people are more open to talking about it, consumers are more prepared to support brands that are trying to address these issues — and ultimately, the younger generation that will become the leaders of tomorrow –– seem far more open to changing the status quo.  Us all having this discussion about race and gender and bringing the subject into the public discord is the key step towards change.

How to gain business value from entering awards
Scroll to top