News
You are here: Home1 / News2 / Platform News & Views3 / Interns are people too 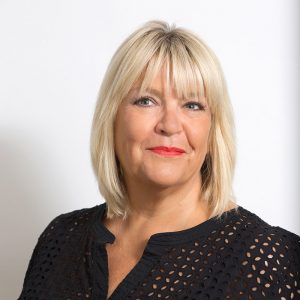 In the PR world we often use the phrase “we’re a people business”. And yet in parallel we hear about PR companies exploiting <young> people with unpaid work experience and internships designed to “open doors” to a career in communications.

I don’t see how these two situations can sit together – they are a total contradiction. Surely, if you run a business that is dependent on the talent and hard work of the people you employ then you should treat your people well – and that means paying them, all of them.

Paid internships bring many benefits to an organisation. By paying interns you widen the net of potential applicants across a broader socio-economic group, bringing in different life experiences. Unpaid interns are mostly dependent on their parents to fund them, something people from less privileged backgrounds can’t ask for. It is also really hard for people from outside London (home to the majority of agencies in the UK) to accept work experience in the capital when it is not paid. The risk to our industry is that if internships continue to be unpaid then we will end up with a serious lack of diversity in our talent pool and that would make our future very shallow.

For the employee, paid internships tend to be better experiences because when an employer is paying for someone’s time, they naturally respect it more. It also encourages the team to get the most out of an intern’s time – as a result the intern gets a richer and fuller learning experience and the opportunity to do real work, not just make the tea. And happy, well-rewarded interns make great potential team members. We have had several summer interns (who we paid national living wage rates to) take full time roles with us after they have graduated. In an industry where recruitment is one of the toughest challenges agency mangers and owners face, turning interns into staff is what success looks like.

Paying interns also sends out a positive message to current staff and potential candidates. It clearly shows that you value people and believe that a job well done should be rewarded.

I believe that all internships and work experience should be recognised with some level of reward. I do feel the government could play its part in realising this. How about incentivising businesses to create paid internship schemes – grants, tax breaks and training support would all help to make paying the norm.

In a ‘people industry’ we need to value people more and put them at the top of our business agendas. To be frank, if you can’t afford to pay for your staff then you need to question the validity of your business model rather than exploiting people.

While the PRCA and other trade bodies have done a good job of creating a momentum towards paid internships, it is the responsibility of all agency owners to stop this practice today for the good of our industry’s future and tomorrow’s talent.

*Originally featured on PR Week’s website, which can be found online here.

What the music industry revival means for communicators
Scroll to top